Coming Soon to Streaming: ARRESTED DEVELOPMENT, THE IRISHMAN, and More

A new film from director Martin Scorsese and the latest season of Arrested Development headline this week's crop of streaming announcements and trailers.

Netflix and Amazon Prime Video have released new previews and info for several of their upcoming series and films.

Arrested Development: Season 5 Part 2 (Netflix, March 15) - In the aftermath of Cinco de Quatro, the Bluth family are all facing one question, that no one quite has the answer to; where is Lucille Two? As this Netflix (semi) original series, the Bluths are back together, and finally getting the award they think they deserve - for family of the year. A development which will help Lindsay as she begins her campaign for Congress, to become ‘part of the problem’. But whatever happens, Michael will always come back to save the family. Probably.

Turn Up Charlie (Netflix, March 15) - Centers on the titular Charlie (Idris Elba), a struggling DJ and eternal bachelor, who is given a final chance at success when he reluctantly becomes a ‘manny’ to his famous best friend's problem-child daughter, Gabby (Frankie Hervey). Piper Perabo and JJ Field co-star.

Amy Schumer: Growing (Netflix, March 19) - Amy Schumer gives a refreshingly honest and hilarious take on marriage, pregnancy and personal growth in her new Netflix comedy special, Amy Schumer Growing. Filmed in front of a packed house in Chicago, the comedian talks about the joys of womanhood, settling into marital bliss, and yes also you guessed it, sex!

The OA: Part II (Netflix, March 22) - The “mind-bending” story returns with The OA Part II, which follows OA as she navigates a new dimension, one in which she had a completely different life as a Russian heiress, and one in which she once again finds herself as Hap’s captive. Part II introduces Karim Washington, a private detective tasked with finding a missing teen. His path crosses with OA, as they try to solve the mystery of the teen’s whereabouts and a house on Nob Hill connected to the disappearance of several teenagers. Meanwhile, back in the first dimension, BBA, Angie and the boys find themselves on a journey to understand the truth behind OA’s story and the incredible realities she described.

Osmosis (Netflix, March 29) - Paris, in the near future. Technology has conquered the last frontier: decoding true love. Digging deep into its user’s brain data, the new dating app "OSMOSIS" can find a perfect match with 100% accuracy, turning the concept of absolute soulmate into a reality. But is there a price to pay when letting an algorithm decide who you will love, forever and ever? When in exchange for this undying, ageless love, technology can access the innermost recesses of your mind -- and the best kept secrets of your heart...

Ares (Netflix, Coming Soon) - The eight episode psychological horror series enters the world of Ares, a secret student society in the heart of Amsterdam where best friends Rosa and Jacob surrender to a world of wealth and power. But slowly they start to realise they’ve entered a demonic place, built on secrets from The Netherlands’ past. A place where true power comes at a terrible price.

Altered Carbon: Season 2 (Netflix, Coming Soon) - Based on the classic cyberpunk noir novel by Richard K. Morgan, Altered Carbon is an intriguing story of murder, love, sex, and betrayal, set more than 300 years in the future. Season two will star Anthony Mackie as Takeshi Kovacs. Returning cast members from the first season will include Renée Elise Goldsberry as Quellcrist Falconer and Chris Conner as Poe.

In addition, Netflix has announced a 10-episode order for a new live-action streaming series based on Ann M. Martin's The Baby-Sitters Club books. The show comes from Walden Media and will be executive produced by Michael De Luca. Rachel Shukert (GLOW) is on board as showrunner and Lucia Aniello (Broad City) is attached as director and executive producer.

"I'm amazed that there are so many passionate fans of The Baby-Sitters Club after all these years, and I'm honored to continue to hear from readers - now grown, who have become writers, editors, teachers, librarians, filmmakers - who say that they see a reflection of themselves in the characters of Kristy and her friends. So I'm very excited about the forthcoming series on Netflix, which I hope will inspire a new generation of readers and leaders everywhere," said Ann M. Martin, author of The Baby-Sitters Club. 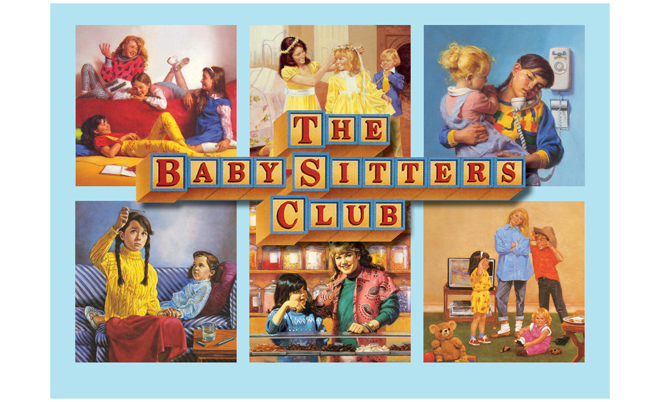 The Tick: Season 2 (Amazon Prime Video, April 5) - Tick and Arthur have freed the City from The Terror — now they must defend it from new villains and old enemies. That is if they can convince AEGIS, the government agency in charge of superhero regulation, that they deserve the job. But now that the City is ‘safe enough to protect’ Tick and Arthur begin to see they’ve got competition...

Bosch: Season 5 (Amazon Prime Video, April 19) - Fifteen months after bringing his mother’s killer to justice, Bosch finds himself seeking the truth on two fronts. New evidence in an old case leaves everyone wondering whether Bosch planted evidence to convict the wrong guy. And a murder at a Hollywood pharmacy exposes a sophisticated opioid pill mill, sending Bosch down a dark and perilous path in pursuit of the killers.