Coming Soon to Streaming: ORANGE IS THE NEW BLACK, FREE MEEK, and More

Netflix and Amazon Prime Video have released new previews and info for several of their upcoming shows and films. In addition, CBS All Access has announced a showrunner for Star Trek: Picard.

Typewriter (Netflix, July 19) - About a haunted house and a haunted book that stir the imagination of a group of young, wannabe ghost hunters, and a dog, determined to capture the ghost that plagues the notorious home in their neighbourhood in Goa. When a new family and their captivating daughter move into the haunted home, the crew finds it difficult to balance the demands of school and chores with the renewed urgency to capture the neighbourhood ghost before it is too late.

Orange is the New Black: Season 7 (Netflix, July 26) - The epic conclusion of the series that changed everything. A privileged New Yorker ends up in a women's prison when a past crime catches up with her in this Emmy-winning series from the creator of Weeds. Starring Taylor Schilling, Kate Mulgrew, and Laura Prepon.

Kengan Ashura (Netflix, July 31) - Kazuo Yamashita is an ordinary fifty-six year old man who one day is summoned by the chairman of his company and hired as a gladiator. He learns that these hired gladiators engage in battles called "Kengan Matches: to protect the corporate rights of the businesses they represent. Kazuo Yamashita is assigned to battle a mysterious Kengan fighter named Ohma Tokita. Both men join the "Kengan Zetsumei Tournament" with the hope of winning the spot as chairman of the Kengan Organization.

All or Nothing: The Carolina Panthers (Amazon Prime Video, July 19) - In this season of All or Nothing, just three years removed from his MVP season and a Super Bowl appearance, quarterback Cam Newton remains the charismatic star around whom the Panthers revolve. His cast of teammates includes dynamic running back Christian McCaffrey and perennial All-Pro linebacker Luke Kuechly, along with a mix of talented rookies hungry to prove themselves and several veteran stalwarts who know this season might be their last. As the season unfolds, Carolina’s players, staff, head coach Ron Rivera and the team’s new owner David Tepper are all forced to navigate a difficult yet compelling path.

Free Meek (Amazon Prime Video, August 9) - This intimate documentary series chronicles Meek Mill's transformation from chart-topping rapper to galvanizing face of criminal justice reform. As Meek, his family and his legal team fight for his freedom, cameras capture the birth of the #FREEMEEK movement and re-investigate a case filled with allegations of dirty cops and systemic corruption in a broken judicial system.

Finally, CBS All Access has announced that Pulitzer Prize-winning author Michael Chabon will serve as the showrunner for Star Trek: Picard. As part of his duties, the writer will be working closely on the day-to-day operations of the show with producers Akiva Goldsman and Alex Kurtzman.

"'Star Trek' has been an important part of my way of thinking about the world, the future, human nature, storytelling and myself since I was ten years old," said Michael Chabon. "I come to work every day in a state of joy and awe at having been entrusted with the character and the world of Jean-Luc Picard, with this vibrant strand of the rich, intricate and complex tapestry that is 'Trek.'"

Star Trek: Picard will star Patrick Stewart reprising his role as Jean-Luc Picard from Star Trek: The Next Generation. The show will focus on the character as he enters the next chapter of his life. In addition to Stewart, the series will also star Alison Pill, Michelle Hurd, Evan Evagora, Isa Briones, Santiago Cabrera, and Harry Treadaway. An exact release date has not been announced yet, but Star Trek: Picard will air exclusively on CBS All Access in the US. 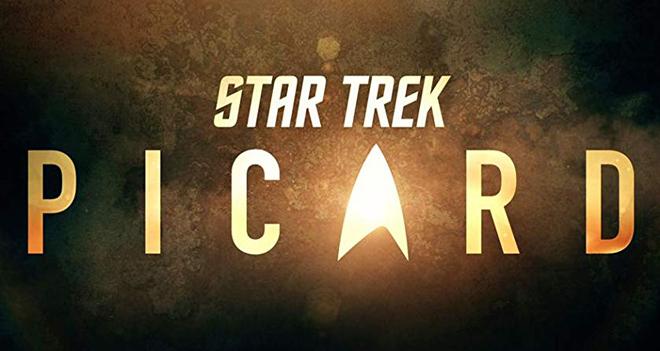