A new comedy special and a series based on an F. Scott Fitzgerald book are among the latest streaming announcements.

Netflix and Amazon have released new trailers, date announcements, and other info for several of their upcoming shows and movies, including The Last Tycoon and a stand-up special from Ellen DeGeneres.

The Last Tycoon (Amazon Prime Video, July 28) - From F. Scott Fitzgerald’s last work, which celebrated its 75th anniversary last year, The Last Tycoon—inspired by the life of legendary film mogul Irving Thalberg—follows Hollywood’s Golden Boy,  (Matt Bomer), as he battles father figure and boss  (Kelsey Grammer) for the soul of their studio. In a world darkened by the Great Depression and the growing international influence of Hitler’s , The Last Tycoon illuminates the passions, violence, and towering ambition of 1930s .

"It's thrilling to watch F. Scott Fitzgerald's extraordinary work brought to life through the eyes of Billy and Chris, and this incredible cast," said , Head of Comedy, Drama and VR, Amazon Studios. "This great team has created a stunning portrayal of 1930s . We’re excited to share the series with Prime members this summer."

Meanwhile, Netflix has announced plans to debut a new comedy special from Ellen DeGeneres. An exact release date has not been revealed yet.

Speaking about the upcoming show, Ellen DeGeneres said, "It has been 15 years since I did a stand-up special. 15 years. And I'm writing it now, I can’t wait. I'll keep you posted when and where I’m gonna shoot my Netflix special. I’m excited to do it; I'm excited for you to see it." 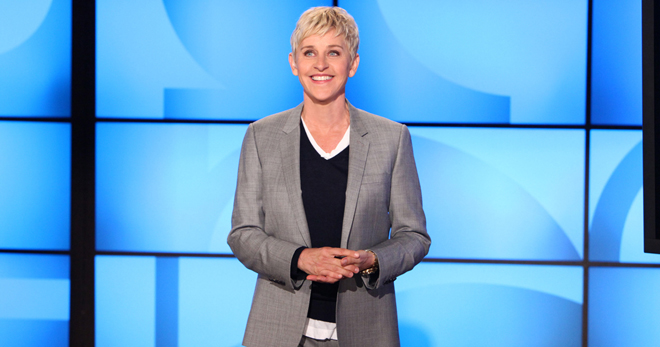 In addition, Netflix has also announced the cancelation of its original series Sense8. The show recently premiered its second and now final season on May 5. Other recently cancelled Netflix shows include Baz Luhrmann’s The Get Down.

Speaking on the cancellation, Cindy Holland, VP Netflix original content said, "After 23 episodes, 16 cities and 13 countries, the story of the Sense8 cluster is coming to an end. It is everything we and the fans dreamed it would be: bold, emotional, stunning, kick ass, and outright unforgettable. Never has there been a more truly global show with an equally diverse and international cast and crew, which is only mirrored by the connected community of deeply passionate fans all around the world. We thank Lana, Lilly, Joe and Grant for their vision, and the entire cast and crew for their craftsmanship and commitment."

From renowned creative geniuses Lana Wachowski, Grant Hill, and J. Michael Straczynski, Sense8 centered around eight characters, from different parts of the world, who experience a violent vision, and soon find themselves mentally connected by the experience. They become connected, able to see and talk to each other as though they were in the same place, with access to each other's deepest secrets. Not only must the eight adapt to this new ability and to each other, they must figure out why their lives are now in jeopardy. In Season 2, dark forces continue to track the cluster of eight connected characters. The sensates will learn more about BPO, the secret organization searching for their cluster and others like them, and will work to protect themselves from this organization that is out to hunt and kill them. 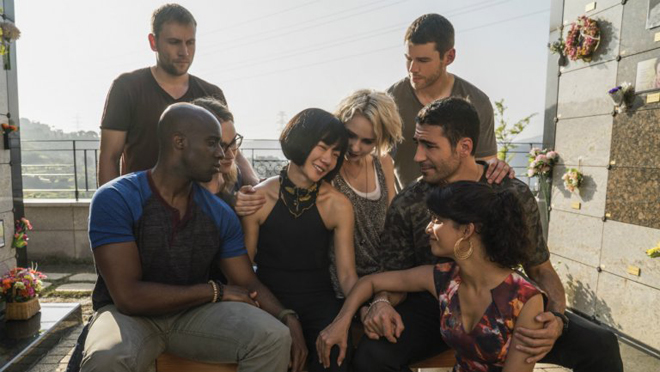 Finally, Hulu has detailed a new deal with 20th Century Fox granting the service the exclusive subscription streaming video on-demand rights to the ABC comedy Fresh Off the Boat. Likewise, the platform has also signed an agreement with Lionsgate for subscription streaming rights to the STARZ drama Power. As part of the deal, all past episodes of Fresh Off the Boat -- including the complete third season -- are now available to stream exclusively on Hulu. Likewise, future episodes of the sitcom will stream the day after they air on ABC. Meanwhile, seasons one and two of Power are now available to stream on Hulu, with season three set to arrive later this year. In addition, future seasons of the show will also become available to stream in their entirety through Hulu -- though all seasons of Power will also remain available through STARZ channels and streaming services.

"We are extremely excited that Fresh Off the Boat will now be available to Hulu’s subscribers," said Evan Scheffel, Executive Vice President, The Americas, 20th Century Fox TV Distribution.  "We've always believed this show’s unique and comical point of view on American life was deserving of as wide an audience as possible.  We are happy that Hulu subscribers will be able to watch this fun, funny, family friendly show from its inception."

"As one of the biggest shows on television today, Power undoubtedly appeals to the Hulu audience and we cannot wait to bring the series to our viewers," said Lisa Holme, Hulu's Head of Content Acquisition. "Lionsgate has been a longtime partner and this new agreement continues to drive forward our efforts to build one of the most robust libraries of content in the market." 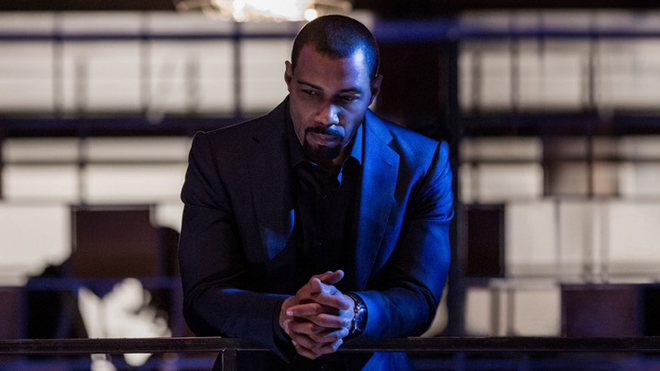