The eight episode titles for Stanger Things 3 have been revealed.

Netflix, Amazon, and Hulu have released new trailers and info for several of their upcoming series and movies.

Here's a full rundown of titles scheduled to arrive on each streaming service:

Chilling Adventures of Sabrina: A Midwinter's Tale (Netflix, December 14) - In Greendale, the Holidays can be such a witch.  Séances, evil Santas, spellcasting, and of course, Sabrina. Join the Spellmans, Sabrina's mortal besties, and the Church of Night for a solstice celebration in A Midwinter's Tale,

Travelers: Season 3 (Netflix, December 14) - Our world will never be the same. Grant MacLaren and the Traveler team try to undo the damage done by Traveler 001. The only chance of saving the entire universe is by working together, to clear up the footprints left behind.

The Innocent Man (Netflix, December 14) - Two murders, four convictions, and a town full of secrets. Based on John Grisham's only true crime best-seller, The Innocent Man, an old case that shook the small town of Ada, Oklahoma in the 1980s is re-opened with unbelievable evidence that has everyone questioning if the right men were charged, or if the killer is still out there.

YOU (Netflix, December 26) - The riveting and hypnotic story of Joe Goldberg (Penn Badgley), an obsessive yet brilliant New Yorker, who exploits today’s technology to win the heart of Beck (Elizabeth Lail) amid the growing suspicions of her best friend Peach (Shay Mitchell). Joe transforms himself from stalker to boyfriend while doing whatever it takes to eliminate all obstacles standing in his way — even if it means murder.  Set in today’s 24/7 hyper-connected world, YOU explores how vulnerable we all are to stalking and manipulation online and in real life.

The Umbrella Academy (Netflix, February 15) - A dysfunctional family of superheroes comes together to solve the mystery of their father's death, the threat of the apocalypse and more. Adapted from the comic created by Gerard Way and Gabriel Bá.

Triple Frontier (Netflix, Coming March 2019) - Make no mistake, this is not a military operation. See Ben Affleck, Oscar Isaac, Charlie Hunnam, Garrett Hedlund and Pedro Pascal attempt to rob one of the world’s most violent cartels in Triple Frontier — on Netflix and in select theaters.

Chilling Adventures of Sabrina: Part 2 (Netflix, April 5) - Imagines the origin and adventures of Sabrina the Teenage Witch as a dark coming-of-age story that traffics in horror, the occult and, of course, witchcraft. Tonally in the vein of Rosemary’s Baby and The Exorcist, this adaptation finds Sabrina wrestling to reconcile her dual nature — half-witch, half-mortal — while standing against the evil forces that threaten her, her family and the daylight world humans inhabit.

Rilakkuma and Kaoru (Netflix, April 19) - Rilakkuma is a bear costume who showed up one day to live with an office worker named Kaoru. It spends its days lounging around the apartment. Although there’s a zipper on its back, what’s inside is a mystery. It loves pancakes, rice omelets, custard pudding and “dango” rice dumplings. Its friends are Kaoru’s pet bird Kiiroitori and a small white bear cub named Korilakkuma who also showed up out of the blue. The series, comprised of 13 episodes, is produced by Dwarf and is the first stop motion animated series featuring “Rilakkuma”.

Vanity Fair (Amazon Prime Video, December 21) - In a world where everyone is striving for what is not worth having, no one is more determined to climb to the heights of English Society than Miss Rebecca Sharp.

Meanwhile, Hulu has announced an expanded multi-year partnership and output deal with Funimation, offering a significant boost to the platform's collection of anime content with several new subtitled and dubbed series.

"This expansive agreement, which symbolizes both companies' shared commitment to anime, along with the support of SPT, further cements Funimation's position as a global leader in anime distribution," said Gen Fukunaga, President and CEO at Funimation. "It will fuel the acquisition of new titles and provide both Funimation and Hulu subscribers with access to the very best in anime that Japan has to offer."

As part of the agreement, Hulu will gain the first look U.S. streaming video on-demand rights to future anime series produced and released by Funimation. Likewise, the deal will make Hulu and Funimation the co-exclusive premiere platforms for select new subtitled anime titles day and date with their worldwide premieres in Japan. In addition, Hulu and Funimation continue to be the only US platforms offering streaming access to all subbed and dubbed episodes of anime series like My Hero Academia, Attack on Titan, and Tokyo Ghoul.

"Funimation has been a longtime partner of ours, and together we have curated a full library of the most sought-after anime series from all over the world on Hulu," said Lisa Holme, Hulu's VP of Content Acquisition. "With this new deal, we are doubling-down on our investment to continue growing our world class anime offering with even more shows that we know our viewers love to watch." 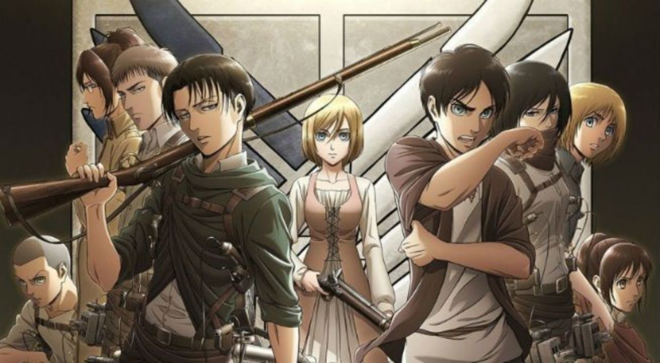