The latest film from the director of Gravity and the second season of Marvel's Iron Fist headline this week's crop of streaming trailers.

Netflix and Amazon have released new previews and info for several of their upcoming programs and films. In addition, Hulu has announced the streaming debut of Jeopardy! with Alex Trebek on its platform.

Follow This (Netflix, August 23) - In partnership with BuzzFeed, this pop-doc series takes viewers behind-the-scenes of BuzzFeed’s award-winning journalism — exploring stories through the lens and personalities of its diverse editorial team. Each episode will immerse viewers in a variety of topics and settings worldwide — from unexpected underground phenomenons to evergreen global conversations. Follow This is produced by BuzzFeed News; Jessica Harrop serves as Showrunner.

Bert Kreischer: Secret Time (Netflix, August 24) - Comedian Bert Kreischer is ready to take his shirt off and “party hardy” with his debut Netflix Original stand-up special, Bert Kreischer: Secret Time. Considered one of the best storytellers of his generation, Bert regales the audience at the Trocadero Theatre in Philadelphia with stories about zip-lining with his family, his daughter practicing softball with an imaginary ball, and upstaging ex-NBA player Ralph Sampson at a childhood basketball camp.

Marvel’s Iron Fist: Season 2 (Netflix, September 7) - Billionaire Danny Rand (Finn Jones) returns to New York City after being missing for years, trying to reconnect with his past and his family legacy. He fights against the criminal element corrupting New York City with his martial arts mastery and ability to summon the awesome power of the fiery Iron Fist.

Next Gen (Netflix, September 7) - A friendship with a top-secret robot turns a lonely girl's life into a thrilling adventure as they take on bullies, evil bots, and a scheming madman. Starring John Krasinski, Charlyne Yi, and Jason Sudeikis. From directors Kevin R. Adams, Joe Ksander.

The Angel (Netflix, September 14) - Directed by Ariel Vromen, The Angel is the true story of Ashraf Marwan, who was Egyptian President Nasser's son-in-law, and special advisor and confidant to his successor Anwar Sadat, while simultaneously one of Israeli Intelligence's most precious assets of the 20th century.

Wild District (Netflix, October 19) - Jhon Jeiver, a lethal guerrilla fighter who escapes the jungle after the signing of the Colombian Peace Agreements. He arrives in Bogotá escaping from his past, and tries to reinsert himself in society while looking to reconnect with his long lost family. But he soon finds himself wrapped in a web of crime and corruption, struggling to understand the ways of the concrete jungle, protect his family from his past, and faced with the moral dilemma of choosing what side of the law he wants to be on

Roma (Netflix, Coming Soon) - The most personal project to date from Academy Award-winning director and writer Alfonso Cuarón (Gravity, Children of Men, Y Tu Mama Tambien), ROMA follows Cleo (Yalitza Aparicio), a young domestic worker for a family in the middle-class neighborhood of Roma in Mexico City. Delivering an artful love letter to the women who raised him, Cuarón draws on his own childhood to create a vivid and emotional portrait of domestic strife and social hierarchy amidst political turmoil of the 1970s. Cuarón’s first project since the groundbreaking Gravity in 2013, ROMA will be available in theaters and on Netflix later this year.

Though full plot details have not been revealed yet, the action film is based on an original idea from writers and executive producers Rhett Reese and Paul Wernick (Deadpool, Deadpool 2). Director Michael Bay will produce, along with David Ellison, Dana Goldberg, Don Granger, and Ian Bryce 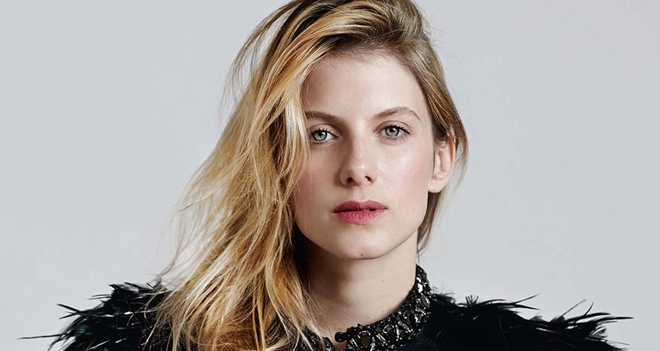 Finally, Jeopardy! is now available to stream on Hulu. As part of the game show's streaming debut, the platform is now offering curated collections of some of the series' flagship special events, including a Tournament of Champions, a College Championship, a Kids Week, and the Battle of the Decades. In addition, Hulu will continue to offer a refreshed selection of popular Jeopardy! episodes with host Alex Trebek.