Coming Soon to Streaming: THE CHRISTMAS CHRONICLES, DOGS, and More

You better watch out, you better not cry, better not pout, I'm telling you why... Kurt Russell is comin' to town!

Netflix and Hulu have released new trailers and info for several of their upcoming series and movies. Likewise, Hulu has announced an expanded licensing agreement with 20th Century Fox Television Distribution.

ReMastered Track 2: Tricky Dick and The Man In Black (Netflix, November 2) - Music is a conversation that never ends, a call-and-response between fact and fiction. Netflix’s original documentary series ReMastered investigates high-profile events affecting some of the most legendary names in music, presenting groundbreaking discoveries and insights beyond what’s been previously reported. Helmed by the critically-acclaimed Zimbalist brothers and award-winning directors Kief Davidson, Barbara Kopple, Sara Dosa, Brian Oakes, Stuart Sender, B.J. Perlmutt, Kelly Duane de la Vega and Sam Cullman, each of the 8 tracks of ReMastered seeks to reveal answers about seminal events in the lives of artists such as Bob Marley, Johnny Cash, Jam Master Jay, Sam Cooke. With new takes on legends and headlines, ReMastered proves that history has more than one note.

Brainchild (Netflix, November 2) - Prepare to have your mind-blown as we use interactive games, illusions, hidden-camera experiments and magic to explore the universe and explain the amazing science behind topics such as superheroes, outer space, social media and dreams! From executive producer Pharrell Williams and the creators of Brain Games.

Vai Anitta (Netflix, November 16) - With more than 29.4 million followers on Instagram, two billion views on YouTube and a rising international career, Anitta is presently the biggest Brazilian pop star. In the series produced by Shots Studios, the cameras will have unrestricted and uncensored access behind the scenes of her hectic routine: from the shows in Brazil to traveling around the world, through the interaction with the fans in social media and her personal life.

Dogs (Netflix, November 16) - These six intimate stories explore the abiding emotional bonds that form between dogs and their caregivers, no matter the circumstances.

The Last Kingdom: Season 3 (Netflix, November 19) - The Last Kingdom, based on Bernard Cornwell's best-selling books, follows warrior and hero Uhtred as he seeks to reclaim his birthright – his ancestral lands of Bebbanburg. As Alfred's health weakens -- and with it his dream of a united England -- Uhtred must take command and confront a new threat, Danish warlord Sigrid.

The Christmas Chronicles (Netflix, November 22) - Tells the story of sister and brother, Kate (Darby Camp) and Teddy Pierce (Judah Lewis), whose Christmas Eve plan to catch Santa Claus (Kurt Russell) on camera turns into an unexpected journey that most kids could only dream about. After staking out Santa’s arrival, they sneak into his sleigh, cause it to crash and nearly derail Christmas. As their wild night unfolds, Kate and Teddy work together with Santa - as you've never seen him before - and his loyal Elves to save Christmas before it's too late. From producer Chris Columbus (“Home Alone”, "Harry Potter") and director Clay Kaytis ("The Angry Birds Movie")

Diablero (Netflix, December 21) - The eternal fight between good and evil among devils and angels in the colorful streets of Mexico will open the door to a fantasy world never seen before, where anything can happen. The horror and supernatural thriller centers around Father Ramiro Ventura, a priest who finds himself seeking the aid of legendary "diablero" or demon hunter Elvis Infante. With the aid of Nancy, a modern day superhero, this improbable trio lives in a constant battle between two worlds that exists within and sets in motion a series of events that could determine the fate of mankind. Along the way, they will trap and sell demons, fallen angels, and otherworldly creatures in a black market linked to an underground fighting circuit.

The Bisexual (Hulu, November 16) - Fresh from winning the Grand Jury prize at Sundance, Desiree Akhavan (The Miseducation of Cameron Post, Appropriate Behaviour) co-writes, directs and stars in this new six-part comedy drama for Hulu. BAFTA-nominated Maxine Peake and Brian Gleeson also star in this painfully funny series that explores the differences between dating men and women from the perspective of Leila – who finds herself, for the first time, doing both...

In addition, Hulu has announced a 10-episode series order for Dollface. The new comedy series comes from ABC Signature Studios and will star Kat Dennings (2 Broke Girls). Dennings is also on board as an executive producer, along with Creator and Writer Jordan Weiss (Harley Quinn) and Showrunner Ira Ungerleider. An exact release date has not been announced yet, but the show is set to start production in 2019. Here's a synopsis per Hulu:

The comedy follows a young woman who – after being dumped by her longtime boyfriend – must deal with her own imagination in order to literally and metaphorically re-enter the world of women, and rekindle the female friendships she left behind.

"Jordan is an exciting, new voice that has something specific and provocative to say about her generation," said Hulu’s SVP of Content, Craig Erwich. "As we seek out fresh perspectives and new, thought-provoking projects, Dollface is exactly the type of relatable, yet distinct, series we know our audience will love. We can't wait to work with Jordan and Kat, as well as our partners at ABC Signature Studios, LuckyChap Entertainment and Clubhouse Pictures, to bring this series to life." 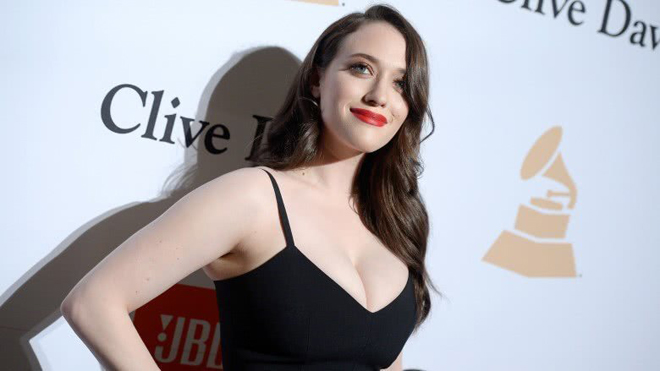 Meanwhile, Hulu has also expanded its licensing agreement with 20th Century Fox Television Distribution. As part of the updated deal, Hulu is now the exclusive streaming home to all 13 seasons of King of The Hill. Likewise, the platform has locked in the exclusive post-broadcast streaming rights to Bob's Burgers, Family Guy, and American Dad!, as well as all catalog episodes of The Cleveland Show and Futurama. 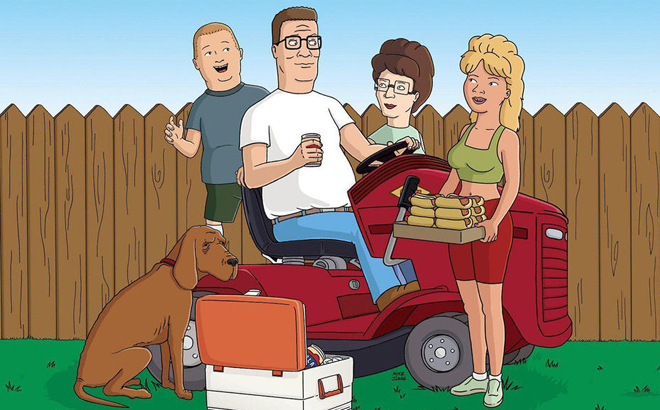