The latest season of Chilling Adventures of Sabrina and Brie Larson's directorial debut headline this week's crop of streaming trailers.

Netflix and Hulu have released new previews and info for several of their upcoming series and films.

Kevin Hart: Irresponsible: Standup Special (Netflix, April 2) - Back on stage. Back to business. On April 2, Kevin Hart brings his sold-out comedy tour, Irresponsible, to a global audience for his first original Netflix standup special. The one-hour special was filmed in front of a sold-out audience of over 15,000 people at the O2 Arena in London, England. Hart touches upon his friends, family, travel... and a year filled with Irresponsible behavior.

Chilling Adventures of Sabrina: Part 2 (Netflix, April 5) - It's a wicked world out there, and Sabrina is brewing up trouble. After signing her name in the Book of the Beast, Sabrina struggles to find the balance between her place in the mortal world and her new darker side. New challenges await Sabrina in Part 2, including having to choose between the familiar mortal Harvey Kinkle, and the sexy warlock Nicholas Scratch. She may have signed her name to the Dark Lord, but that doesn't mean she isn't willing to raise a little hell. Chilling Adventures of Sabrina continues April 5. Starring Kiernan Shipka.

Unicorn Store (Netflix, April 5) - Kit (Brie Larson) is a lonely twenty-something dreamer who's reluctant to leave the comforts of childhood and fully embrace adulthood. But when art school sends her packing, Kit is forced to move back home with her parents and take a temp job in a boring office. Just when she's resolved to finally put her Care Bears aside and grow up, a mysterious salesman (Samuel L. Jackson) enters Kit's life and offers to give her childlike heart its greatest desire. Larson's directorial debut, with a script by Samantha McIntyre, is a love letter to everyone's inner child, and a reminder that no dream is impossible.

Our Planet (Netflix, April 5) - Share the wonder of the extraordinary place we call home. Utilizing the latest technology Our Planet was filmed entirely in Ultra High Definition in over 50 countries. From exotic jungles to the deepest seas, open your eyes to the connections we all share. Narrated by Sir David Attenborough, Our Planet launches worldwide April 5th.

Black Summer: Season 1 (Netflix, April 11) - Set in the dark, early days of a zombie apocalypse, Black Summer stars Jaime King as Rose, a mother torn from her daughter who embarks upon a harrowing journey to find her. Thrust alongside a small group of American refugees, these complete strangers must find the strength they need to fight their way back to loved ones. But in order for Rose and her team to brave this hostile new world, they will need to make brutal decisions to contend with zombies - and each other. Season 1 of Black Summer premieres April 11 on Netflix!

HUGE In France (Netflix, April 12) - Gad Elmaleh is a hugely famous comedian... in France. He’s about to leave it all behind and move to Los Angeles in an attempt to reconnect with his estranged, comedy-hating, 16-year-old male model son. Sadly, he’ll have to do it without a single celebrity perk.

Levius (Netflix, Winter 2019) - Cut through your destiny!  In an age where devices are powered by steam, technology that fuses bodies to machinery makes cyber-boxing fights immensely popular.  A young man named Levius is drawn into these fights through what can only be destiny, but his talents will be what determine his future.

7Seeds (Netflix, TBA 2019) - After a sudden awakening, the struggle for human survival begins. An unknown destiny awaits the young men and women chosen for the 7 Seeds project, created to prevent humanity’s extinction. Netflix and Japanese animation studio Gonzo team up to bring you this science fiction story, set in the near-future.

According to Netflix, the currently untitled show will focus on "the complicated life of a modern-day first generation Indian American teenage girl, inspired by Kaling’s own childhood." 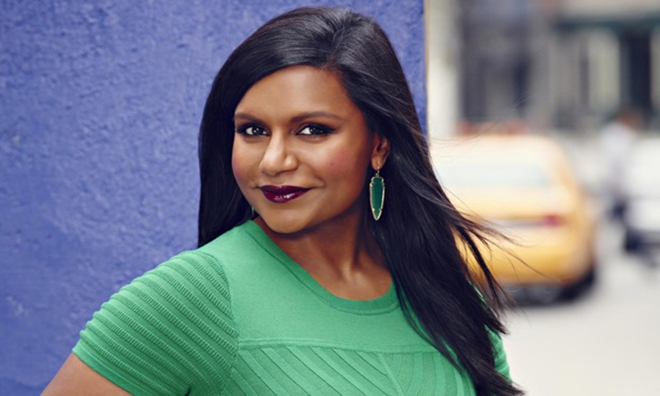 Into the Dark: I'm Just Fucking With You (Hulu, April 1) - On the way to a family wedding, a man and his sister endure a night of increasingly frightening practical jokes during a one-night stay at a secluded motel. The next installment of Blumhouse's Into the Dark premieres April 1, only on Hulu.