Netflix, Hulu, Amazon Prime Video, FilmRise, and MotorTrend have released new previews and info for several of their upcoming shows and films.

Queer Eye: Season 4 (Netflix, July 19) - The series returns to Netflix and is going global, introducing audiences around the world to a modern aesthetic, diverse perspective and a brand new Fab Five: Antoni Porowski (Food & Wine), Bobby Berk (Interior Design), Karamo Brown (Culture), Jonathan Van Ness (Grooming) and Tan France (Fashion). Our new Fab Five will forge relationships with men and women from a wide array of backgrounds and beliefs often contrary to their own, touching on everything from LGBTQ rights and social commentary to how to make the best farm-to-table guacamole and more!

Saint Seiya: Knights of the Zodiac (Netflix, July 19) - In ancient times, a group of young men devoted their lives to protecting Athena, the Goddess of Wisdom and War. Now, in present day, a young orphan Seiya and a new generation of Saints is about to come forth to aid Athena in battle against those who seek to end mankind.

Last Chance U: INDY Part 2 (Netflix, July 19) - Netflix’s critically acclaimed, Emmy-nominated series Last Chance U returns to give viewers an intense, unfiltered look at the junior college football program at Independence Community College (ICC). Entering his third season with ICC and second season on Last Chance U, Coach Brown has assembled a team that looks sure to compete for a national championship, but a disastrous season on the field puts a spotlight on all of the ugliness of college football that winning tends to polish over. With some new and returning faces, this season captures the Pirates fall from grace that leaves the coaches and the town looking for change.

The Great Hack (Netflix, July 24) - Data has surpassed oil as the world’s most valuable asset. It’s being weaponized to wage cultural and political warfare. People everywhere are in a battle for control of our most intimate personal details. From award-winning filmmakers Karim Amer and Jehane Noujaim, The Great Hack uncovers the dark world of data exploitation with astounding access to the personal journeys of key players on different sides of the explosive Cambridge Analytica/Facebook data scandal.

Another Life (Netflix, July 25) - When a mysterious alien Artifact lands on Earth, Commander Niko Breckinridge (Katee Sackhoff) has to lead humanity’s first interstellar mission to its planet of origin, while her husband (Justin Chatwin) tries to make first contact with the artifact back on earth.  Another Life explores the miracle of life, how precious life is in a universe mostly empty of it, and the lengths we will go to protect the ones we love.

My First First Love: Season 2 (Netflix, July 26) - Due to various personal reasons, a group of Tae-o’s friends move into his house, where they experience love, friendship, and everything in between. Starring Ji Soo, Jung Chae-yeon, and Jinyoung.

Light as a Feather: Season 2 (Hulu, July 26) - Having inherited the curse brought on by the lethal game of “Light As A Feather,” McKenna finds herself plagued by the mysterious chrysalis on her back, a ticking clock compelling her to play a new round of the game…But McKenna refuses, unwilling to put anyone else in harm’s way. However, as the curse begins to destroy her from the inside out, she’s forced to turn to the only person who can possibly help her -- Violet.

According to a report by The Hollywood Reporter, Amazon is developing a new streaming series based on the Jack Reacher novels by author Lee Child. The books were previously adapted into two feature films starring Tom Cruise as the title character. With that said, Cruise is not expected to be involved in the new show. Nick Santora (Scorpion) is attached as showrunner and executive producer. Lee Child, Don Granger, and Christopher McQuarrie are also on board as executive producers. 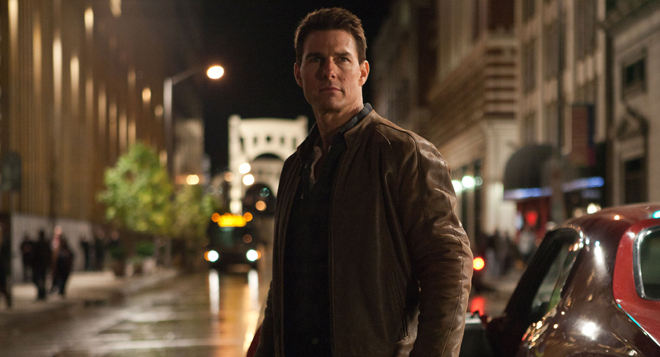 Fast N Loud - Buckle your seatbelts motor fans. The all-new season of Fast N' Loud will take viewers on a wild ride as Richard Rawlings and his team at Gas Monkey Garage push their limits further than ever before. This season, Richard is putting everything on the line in hopes of taking Gas Monkey Garage to new heights and a new level of success in the hotrod world. 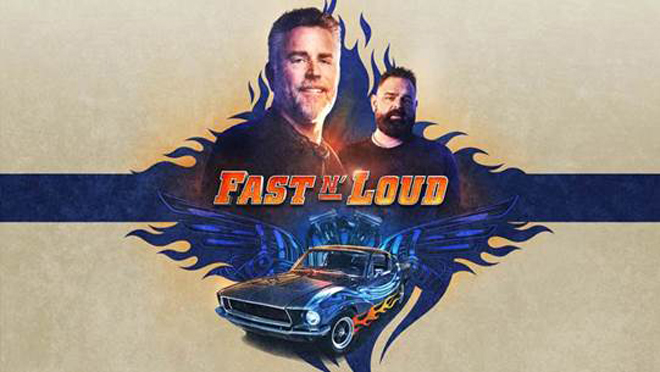