Coming Soon to Streaming: THE UMBRELLA ACADEMY, THE WIDOW, and More

A new superhero series from Netflix headlines this week's collection of streaming trailers.

Ray Romano: Right Here, Around The Corner (Netflix, February 5) - 23 years after his last stand-up special, comedian, screenwriter, and Emmy Award-winning actor Ray Romano debuts his first Netflix comedy special, Ray Romano: Right Here, Around the Corner. Performing two sets on the same night - one at Manhattan’s Comedy Cellar and the second at the Village Underground, literally around the corner - Romano advises on choosing friends, surviving marriage, and knowing the difference between being old and not being young.

The Umbrella Academy (Netflix, February 15) - On the same day in 1989, forty-three infants are inexplicably born to random, unconnected women who showed no signs of pregnancy the day before. Seven are adopted by Sir Reginald Hargreeves, a billionaire industrialist, who creates The Umbrella Academy and prepares his "children" to save the world. But not everything went according to plan. In their teenage years, the family fractured and the team disbanded. Now, the six surviving thirty-something members reunite upon the news of Hargreeve’s passing. Luther, Diego, Allison, Klaus, Vanya and Number Five work together to solve a mystery surrounding their father's death. But the estranged family once again begins to come apart due to their divergent personalities and abilities, not to mention the imminent threat of a global apocalypse.

Paris is Us (Netflix, February 22) - Anna is a young Parisian in her twenties. After escaping a close death in a plane crash, Anna reminisces events from her life. In the streets of Paris, she is caught between dream and reality, present and past, in a city ready to explode.

Suburra: Season 2 (Netflix, February 22) - A crime thriller set in Rome that describes how the Church, the state, organized crime, local gangs and real estate developers collide and blur the lines between the legal and the illicit in their quest for power. At the heart of the story three young men with different backgrounds, ambitions and passions will have to forge alliances to achieve their deepest desire.

The Boy Who Harnessed The Wind (Netflix, March 1) - Against all the odds, a thirteen year old boy in Malawi invents an unconventional way to save his family and village from famine. Based on the best selling book and true story of William Kamkwamba. Directed by and starring Chiwetel Ejiofor and introducing Maxwell Simba.

In addition, Netflix has also announced development on Reborn, a new film based on the comic book by Mark Millar and Greg Capullo. The movie comes from director Chris McKay (The Lego Batman Movie, Robot Chicken) and producers Sandra Bullock, Roy Lee, and Miri Yoon. Here's a logline per Netflix:

Where do we go when we die? What’s waiting for us on the other side? Eighty-year old Bonnie Black finds out when she passes away in a Manhattan hospital and opens her eyes in the world of Adystria, a magical land of monsters and dragons where good and evil are waging an eternal war. Reborn in the prime of her life, she finds all her old friends and loved ones waiting… except the husband who died before her. Armed with a sword and partnered with her late father, she sets off through this battle-torn landscape on a quest to find out where he is. 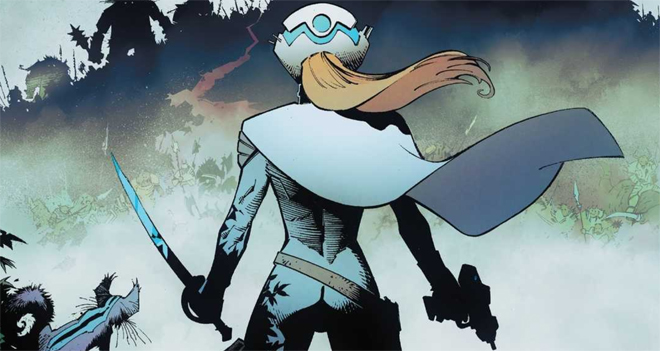 And according to a report by Deadline, Netflix is developing a new streaming show based on the Resident Evil video game and movie franchise. The potential show comes from Constantin Film, the same production company behind the film series starring Milla Jovovich. Though plot details are currently unknown. the story will focus on the Umbrella Corporation and the T-virus outbreak. 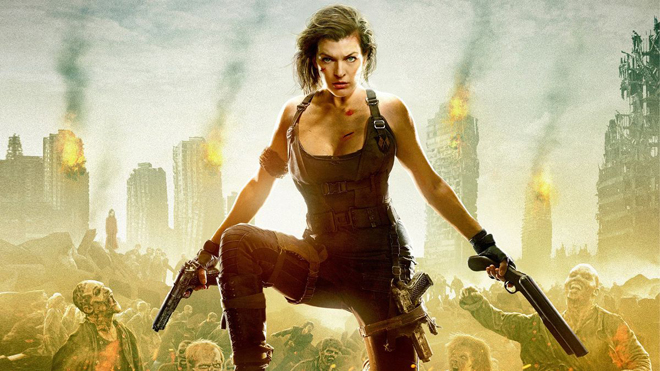 The Widow (Amazon Prime Video, March 1) - Has she lost everything or is she chasing a ghost? Kate Beckinsale stars as Georgia Wells, and is on the hunt to uncover answers surrounding her husband’s mysterious disappearance. Also starring Alex Kingston and Babs Olusanmokun.

The Boys (Amazon Prime Video, Summer 2019) - In a world where superheroes embrace the darker side of their massive celebrity and fame, THE BOYS centers on a group of vigilantes known informally as “The Boys,” who set out to take down corrupt superheroes with no more than their blue-collar grit and a willingness to fight dirty. THE BOYS is a fun and irreverent take on what happens when superheroes – who are as popular as celebrities, as influential as politicians and as revered as Gods – abuse their superpowers rather than use them for good. It’s the powerless against the super powerful as The Boys embark on a heroic quest to expose the truth about “The Seven,” and Vought – the multi-billion dollar conglomerate that manages these superheroes.

Into the Dark: Down (Hulu, February 1) - In partnership with Blumhouse Television, Into The Dark is a horror event series from prolific, award-winning producer, Jason Blum’s independent TV studio. The series includes 12 super-sized episodes, with a new installment released each month inspired by a holiday and will feature Blumhouse’s signature genre/thriller spin on the story.