Coming Soon to Streaming: 'The First,' 'Disenchantment,' and More

Netflix, Hulu, and Amazon have released new previews and info for several of their upcoming programs and films. Here's a full rundown of titles scheduled to arrive on each service:

To All The Boys I've Loved Before (Netflix, August 17) - What if all the crushes you ever had found out how you felt about them…all at once? Lara Jean Song Covey’s love life goes from imaginary to out of control when the love letters for every boy she’s ever loved—five in all– are mysteriously mailed out. From New York Times Bestselling Author, Jenny Han, the film adaption of the popular YA novel stars Lana Condor (Alita: Battle Angel, X-Men: Apocalypse), Janel Parrish (Pretty Little Liars) and Noah Centineo (Sierra Burgess Is A Loser, The Fosters), directed by Susan Johnson.

Paradise PD (Netflix, August 31) - They’re bad cops. Not bad like no nonsense. Not bad like cool. Bad like shitty. Paradise PD: They’re the worst responders. From the creators of Brickleberry comes this take on a small-town police department.

The Dragon Prince (Netflix, September 14) - Two human princes forge an unlikely bond with the elfin assassin sent to kill them, embarking on an epic quest to bring peace to their warring lands.

In addition, Netflix has announced a second season renewal for Altered Carbon. The show comes from Skydance Television and is based on Richard K. Morgan's series of science fiction novels. Season two will star Anthony Mackie (Avengers: Indinity War) as Takeshi Kovacs. Laeta Kalogridis will serve as co-showrunner and executive producer along with Alison Schapker. 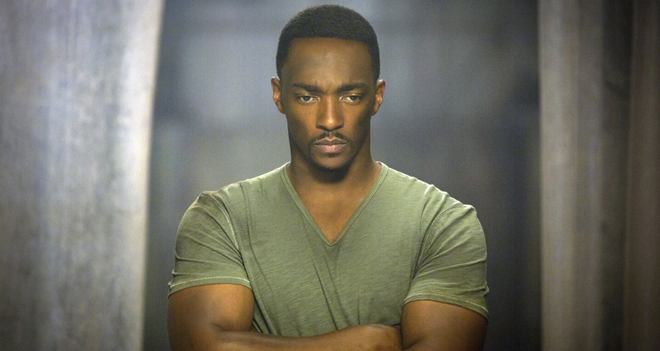 All Or Nothing: Manchester City (Amazon Prime Video, August 17) - In this ground-breaking docu-series, follow Manchester City F.C. behind the scenes throughout their Premier League winning, record-breaking ‘17-18 season. Get an exclusive look into one of the best global sports clubs, including never-before-seen locker room footage with legendary coach Pep Guardiola, and delve into the players’ lives off and on the pitch.

The Man In The High Castle: Season 3 (Amazon Prime Video, October 5) - Based on Philip K. Dick's award-winning novel, and executive produced by Ridley Scott (Blade Runner), and Frank Spotnitz (The X-Files), The Man in the High Castle explores what it would be like if the Allied Powers had lost WWII, and Japan and Germany ruled the United States. Starring Rufus Sewell (John Adams), Luke Kleintank (Pretty Little Liars), and Alexa Davalos (Mob City).

Good Omens (Amazon Prime Video, Coming 2019) - Good Omens takes place in 2018 when the Apocalypse is near and Final Judgment is set to descend upon humanity. According to The Nice and Accurate Prophecies of Agnes Nutter Witch (the world’s only completely accurate book of prophecies), the world will end on a Saturday. Next Saturday, in fact. Just before dinner. So the armies of Good and Evil are amassing, Atlantis is rising, and tempers are flaring. Everything appears to be going according to Divine Plan. Except Aziraphale, a somewhat fussy angel, and Crowley, a fast-living demon—both of whom have lived amongst Earth’s mortals since The Beginning and have grown rather fond of the lifestyle—are not actually looking forward to the coming war. And…someone seems to have misplaced the Antichrist.

Crime + Punishment (Hulu, August 24) - Amidst a landmark class action lawsuit over illegal policing quotas, Crime + Punishment chronicles the real lives and struggles of a group of black and Latino whistleblower cops and the young minorities they are pressured to arrest and summons in New York City. A highly intimate and cinematic experience with unprecedented access, Crime + Punishment examines the United States' most powerful police department through the brave efforts of a group of active duty officers and one unforgettable private investigator who risk their careers and safety to bring light to harmful policing practices which have plagued the precincts and streets of New York City for decades.

The First (Hulu, September 14) - Created by Beau Willimon (House of Cards) and starring Sean Penn. Set in the near future (2030), this groundbreaking story explores the challenges of taking the first steps towards Mars.  Viewers will get an intimate look at the dedicated characters trying to reach the unknown while dealing with the psychological and physical toll it takes to achieve the impossible.