Yakko, Wakko, Dot, and more are all coming to your favorite streaming device.

Netflix and Amazon have released new trailers or info for several of their upcoming shows and movies, including My Next Guest Needs No Introduction With David Letterman, Somebody Feed Phil, Disjointed - Part 2, The Open House, Step Sisters, Narcos: Season 4, and The Widow.

In addition, Hulu and Warner Bros. have announced plans to develop a new version of the 90s cartoon, Animaniacs. Steven Spielberg will return to executive produce the new series which has already been given a two season straight-to-series order set to premiere in 2020. In addition, Hulu will also now be the exclusive streaming home to all 99 episodes of the original Animaniacs, along with Pinky and the Brain, Pinky, Elmyra and the Brain, and Tiny Toon Adventures.

Here's a synopsis for the new series per Hulu: The Warner brothers, Yakko and Wakko, and the Warner sister, Dot — three inseparable, irascible siblings — have a great time wreaking havoc and mayhem in the lives of everyone they meet. They have been locked away in the Warner Bros. water tower for a very long time, but they have found a way to escape. And escape they do — every day! Causing chaos and comic confusion, Yakko, Wakko and Dot run loose in the city, turning the world into their personal playground. And fan-favorite characters Pinky and the Brain will also return to make appearances in each episode.

"We cannot wait to work with Steven Spielberg and the entire Amblin and Warner Bros. teams to bring more sketches, catchphrases, songs and laughs from the Animaniacs to kids and adults everywhere," said Craig Erwich, SVP of Content, Hulu. "Now one of the most beloved, inventive and funny animated franchises in history, Animaniacs and its cast of witty characters can live on, on Hulu. This marks yet another big move for us as we continue our efforts to be the #1 streaming destination for premium animated content."

My Next Guest Needs No Introduction With David Letterman (Netflix, January 12) - The six-episode series has Letterman combining two interests for which he is renowned: in-depth conversations with extraordinary people, and in-the-field segments expressing his curiosity and humor. In each hour-long episode, Letterman will conduct a long-form conversation with a singular guest - and will also explore topics on his own, away from the studio. Dave's lineup of influential guests includes George Clooney, Malala Yousafzai, Jay-Z, Tina Fey, Howard Stern and President Barack Obama.

Somebody Feed Phil (Netflix, January 12) - The new original documentary series from the creator of Everybody Loves Raymond, Phil Rosenthal, takes viewers on a goodwill eating tour of the world (Tel Aviv, Lisbon, Saigon, Mexico City, New Orleans and Bangkok.) Along for the ride are Phil's friends, family and his trademark sense of humor.

Disjointed: Part 2 (Netflix, January 12) - A workplace comedy starring Kathy Bates as a lifelong advocate for legalization who’s finally living her dream as the owner of an L.A.–area cannabis dispensary. Joining her are three budtenders, her twenty-something son and a deeply troubled security guard. All of them are more or less constantly high.

The Open House (Netflix, January 19) - A teenager (Dylan Minnette) and his mother (Piercey Dalton) find themselves besieged by threatening forces when they move into a new house.

Step Sisters (Netflix, January 19) - Jamilah Bishop (Megalyn Echikunwoke) seems to excel at everything: She's president of her sorority, captain of the step dance crew, liaison to the college dean and a star student who is on her way to Harvard Law School. But when Jamilah is asked to teach a misbehaving, mostly white sorority how to step, success seems impossible. Without telling her own sorority sisters, Jamilah begins training rivals Sigma Beta Beta (SBB) for the "Steptacular" competitive dance competition.

Narcos: Season 4 (Netflix, Coming Soon) This raw, gritty series chronicles the gripping real-life stories of the drug kingpins of the late 1980s and the corroborative efforts of law enforcement to meet them head on in brutal, bloody conflict. It details the many, often-conflicting forces - legal, political, police, military and civilian - that clash in the effort to control cocaine, one of the world's most valuable commodities.

Finally, Amazon and ITV have greenlit a new eight-episode original series called The Widow. The show comes from writers Harry and  (The Missing, Fleabag), and is set to star Kate Beckinsale. An exact release date has not been announced yet, but The Widow will premiere on ITV in the  and on Prime Video in the US and more than 200 countries and territories.

Here's a synopsis per Amazon: The Widow follows  (Beckinsale) who has cut herself off from her previous life and is no longer the woman she once was. After seeing her “late” husband on the news, she is pulled back to face the world and will stop at nothing until she gets the truth about her past. This emotionally gut-wrenching thriller will take Georgia into the depths of the African Congo where danger and revelation will greet her at every turn.

"We are thrilled to continue our existing relationship with  on the heels of her incredible performances in  Studios' critically acclaimed films," said , Vice President, Worldwide TV Content Acquisition, Amazon Prime Video. "Harry and have created a powerful story, which will be brought to life by one of the world's most talented actresses, and we are excited to bring this thrilling series to Prime members around the world." 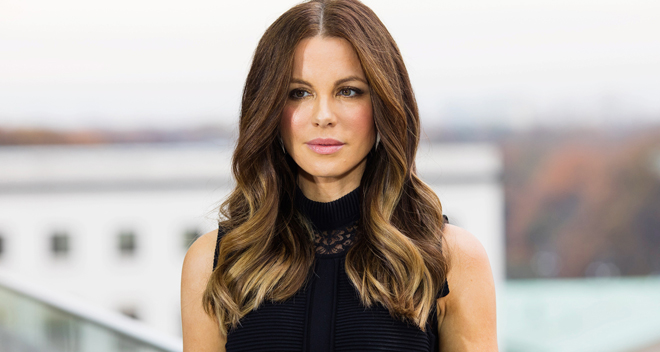