Coming Soon to Streaming: 'Castle Rock,' '13 Reasons Why,' and More

Check out the latest crop of trailers for upcoming streaming shows and movies.

Netflix, Amazon, and Hulu have released new previews for several of their upcoming programs and films. In addition, Criterion has detailed its May lineup of titles set to hit the Criterion Channel on the FilmStruck streaming service.

Dear White People - Vol. 2 (Netflix, Now Streaming) - Set against the backdrop of a predominantly white Ivy League university where racial tensions bubble just below the surface, Dear White People is an hilarious send-up of “post-racial” America that weaves together the universal story of finding one’s own identity and forging a wholly unique path. The satirical series -- which picks up where the acclaimed 2014 film by the same name left off – follows a group of Winchester University’s students of color as they navigate a diverse landscape of social injustice, cultural bias, political correctness (or lack thereof) and sometimes misguided activism in the millennial age. Through an absurdist lens, Dear White People utilizes biting irony, self-deprecation and sometimes brutal honesty to hold up a mirror to the issues plaguing society today, all the while leading with laughter.

Hari Kondabolu: Warn Your Relatives (Netflix, May 8) - Comedian and actor Hari Kondabolu cleverly blends personal and political humor in his debut Netflix Original stand-up comedy special, Hari Kondabolu: Warn Your Relatives. Filmed in front of a packed audience at The Neptune in Seattle, WA, Hari is able to magically turn discomfort into laughter when he compares terrorism and mass shootings, explains why firefighters are better than cops, and recalls the time he got heckled by Tracy Morgan.

The Kissing Booth - (Netflix, May 11) - When Elle Evans (Joey King), a pretty, late-bloomer who’s never-been-kissed, decides to run a kissing booth at her high school’s Spring Carnival, she unexpectedly finds herself locking lips with her secret crush– the ultimate bad boy, Noah Flynn (Jacob Elordi). Sparks fly, but there’s one little problem: Noah just happens to be the brother of her best friend, Lee, (Joel Courtney) and is absolutely off limits according to the rules of their friendship pact. Elle’s life is turned upside down when she realizes that she must ultimately make a choice: follow the rules or follow her heart.

Evil Genius (Netflix, May 11) - In 2003 in Erie, Pennsylvania, a robbery gone wrong and a terrifying public murder capture the nation’s attention, and a bizarre collection of Midwestern hoarders, outcasts, and lawbreakers play cat-and-mouse with the FBI. Eventually, a middle-aged mastermind named Marjorie Diehl-Armstrong — once a town beauty, now a woman grappling with mental illness — is arrested. But 15 years later, Evil Genius proves there’s more to the conspiracy and murders than was ever thought.

13 Reasons Why: Season 2 (Netflix, May 18) - Season 2 picks up in the aftermath of Hannah's death and the start of our characters' complicated journeys toward healing and recovery. Liberty High prepares to go on trial, but someone will stop at nothing to keep the truth surrounding Hannah's death concealed. A series of ominous polaroids lead Clay and his classmates to uncover a sickening secret and a conspiracy to cover it up.

Ibiza (Netflix, May 25) - When Harper’s two best friends tag along on her work trip to Barcelona, they ditch work and fly to Ibiza for Harper, who against her better judgement, falls for a hot DJ. Starring Gillian Jacobs, Vanessa Bayer, and Phoebe Robinson. Directed by Alex Richanbach.

Goliath: Season 2 (Amazon Prime Video, June 15) - Billy McBride returns to defend a 16-year-old boy accused of a grisly double homicide. Billy, Patty and team fervently build their case in the seedy underworld of LA, squaring off with a dirty cop, a ruthless drug lord and a prosecutor to prove the boy’s innocence. As the true culprits come to light, the implications reach as far as the mayoral race and the city’s preeminent billionaire developer.

Finally, Criterion has revealed its April lineup of films set to hit the Criterion Channel on the FilmStruck streaming service. Here's a full rundown of titles premiering throughout May: 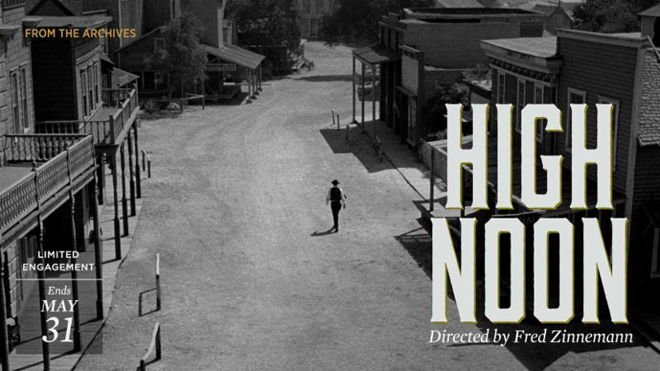 - A current Amazon Prime subscription costs $99 per year ($119 starting May 11) or $13 per month. Likewise, Prime Instant Video is available as a standalone service for $9 per month.