Check out the latest news and previews for upcoming streaming shows and movies.

Netflix has released new trailers for several of their upcoming programs and films. In addition, Amazon has announced a series pick-up for a new show from executive producer Jordan Peele, and Hulu has signed a new deal with VICE.

Trollhunters Part 3 (Netflix, May 25) - In the final season of DreamWorks Trollhunters the fate of troll and human civilizations hang in the balance. The Trollhunters are racing to stop Gunmar and the now resurrected Morgana from bringing about the Eternal Night and shrouding the world in darkness forever. To defeat them, the team must seek the help of the legendary wizard Merlin to unlock his ancient magic and unleash a powerful weapon that will alter the course of their lives forever. Tatiana Maslany, Diego Luna and Emile Hirsch have joined the third and final season.

The Break with Michelle Wolf - (Netflix, May 27) - Comedian Michelle Wolf pokes fun at everything and everybody. Her weekly show will take a break from the seriousness of today's late night comedy.  New episodes released every Sunday, starting May 27th only on Netflix.

Unbreakable Kimmy Schmidt: Season 4 (Netflix, May 30) - Ellie Kemper stars as Kimmy Schmidt, a woman who escapes from a doomsday cult and starts life over in New York. Armed with just a backpack, light-up sneakers, and a couple of way-past-due library books, she's ready to take on a world she didn't even think existed anymore. Wide-eyed but resilient, nothing is going to stand in her way.

Sense8: Series Finale (Netflix, June 8) - Capheus (Toby Onwumere), Kala (Tina Desai), Lito (Miguel Angel Silvestre), Nomi (Jamie Clayton), Riley (Tuppence Middleton) , Sun (Donna Bae), Will (Brian J. Smith) and Wolfgang (Max Riemelt) come together both physically and mentally, plunged into the middle of each other’s tragedies and triumphs. On the run from Whispers (Terrence Mann), and forced to question their very identity, it's a matter of survival as the Sensates must find a way to live with, understand and protect one another against all odds.

Set It Up (Netflix, June 15) - New York assistants, Harper (Zoey Deutch) and Charlie (Glen Powell), are used to going above and beyond for their high-powered (and highly demanding) bosses, Kristen (Lucy Liu) and Rick (Taye Diggs). But now they're teaming up for the biggest projects of their young careers - getting their bosses to fall in love! Only time will tell whether they strike out...or score a home run.

Lust Stories (Netflix, June 15) - An anthology that explores contemporary relationships through four intriguing stories. The anthology, directed by four powerhouse directors - Karan Johar, Anurag Kashyap, Zoya Akhtar and Dibakar Banerjee - portrays varied dimensions of love, lust, power, status and romance, from the eyes of the women in the stories, and what they want.

La Casa de las Flores (Netflix, August 10) - The dark comedy revolves around a seemingly successful and idyllic family-run flower business full of dysfunctional secrets. One day, the patriarch finds out his longtime mistress has suddenly passed away and he decides to bring their children into the household alongside his current wife and family who didn’t know they existed. The series explores the need to protect and forgive loved ones, no matter how uncomfortable.

The Innocents (Netflix, August 24) - June's adventure starting a new life in London becomes a LOT more complicated than she could have ever expected. Suddenly she finds herself the subject of a kidnap plot, their intentions unknown. Faced with extreme stress her body and identity begin to shift in ways she could have never imagined. The question is not just how...but why?

Meanwhile, according to a report from Deadline, Amazon Studios has picked-up a 10-episode straight-to-series order for The Hunt. The upcoming streaming show comes from executive producers Jordan Peele (Get Out) and David Weil. Weil also serves as creator and writer for the project. Here's a synopsis per Deadline and Amazon:

The show focuses on a diverse band of Nazi Hunters living in 1977 New York City. The Hunters, as they're known, have discovered that hundreds of high ranking Nazi officials are living among us and conspiring to create a Fourth Reich in the U.S. The eclectic team of Hunters will set out on a bloody quest to bring the Nazis to justice and thwart their new genocidal plans. 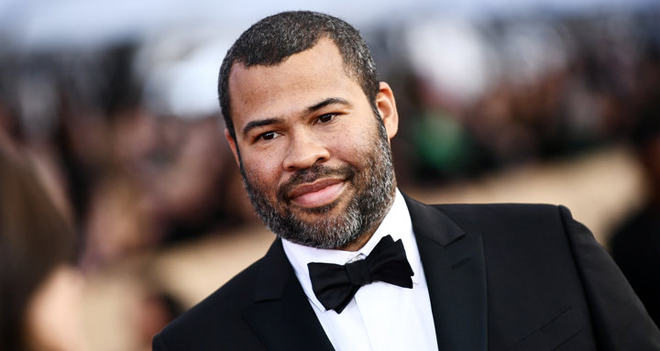 Finally, Hulu has announced a new licensing deal with VICE. As part of the agreement, Hulu will become the exclusive SVOD home to 15 VICELAND shows, including complete past seasons of Ellen Page’s Gaycation, Gloria Steinem’s Woman, Action Bronson’s F*ck, That’s Delicious, and What Would Diplo Do? starring James Van Der Beek.

"Our viewers love watching thought-provoking reality series on Hulu, and partnering with VICELAND is yet another way we’re building the most valuable content offering for fans of unscripted programming," said Lisa Holme, Hulu’s VP of Content Acquisition. "VICELAND has consistently created and produced stories that explore the cutting-edge, culturally-relevant topics that Hulu’s young and passionate audience craves, and we’re excited to be the very first to offer their shows in a subscription on demand environment."

The VICELAND shows are set to hit Hulu on June 8. 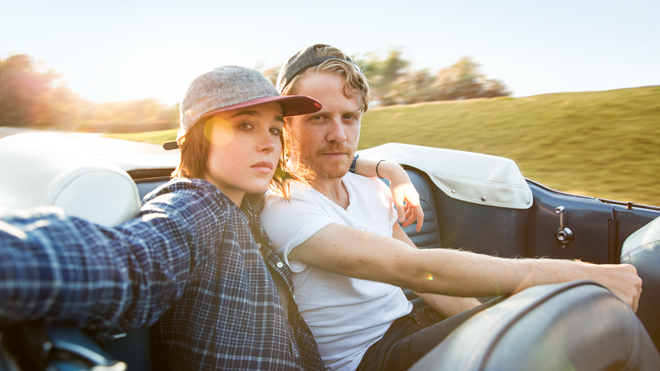