Director Stephen Frears' Academy Award nominated drama is coming to Blu-ray in April. You can pre-order it now.

In an early announcement to retailers, Starz/Anchor Bay is preparing 'Philomena' for Blu-ray on April 15.

Based on the 2009 investigative book by BBC correspondent Martin Sixsmith, The Lost Child of Philomena Lee, this film focuses on the efforts of Philomena Lee (Judi Dench), mother to a boy conceived out of wedlock — something Philomena's Irish-Catholic community didn't have the highest opinion of — and given away for adoption in the United States. Following church doctrine, she was forced to sign a contract that wouldn't allow for any sort of inquiry into her son's whereabouts. After starting a family years later in England and, for the most part, moving on with her life, Philomena meets Sixsmith (Steve Coogan), a BBC reporter with whom she decides to track down her long-lost son. 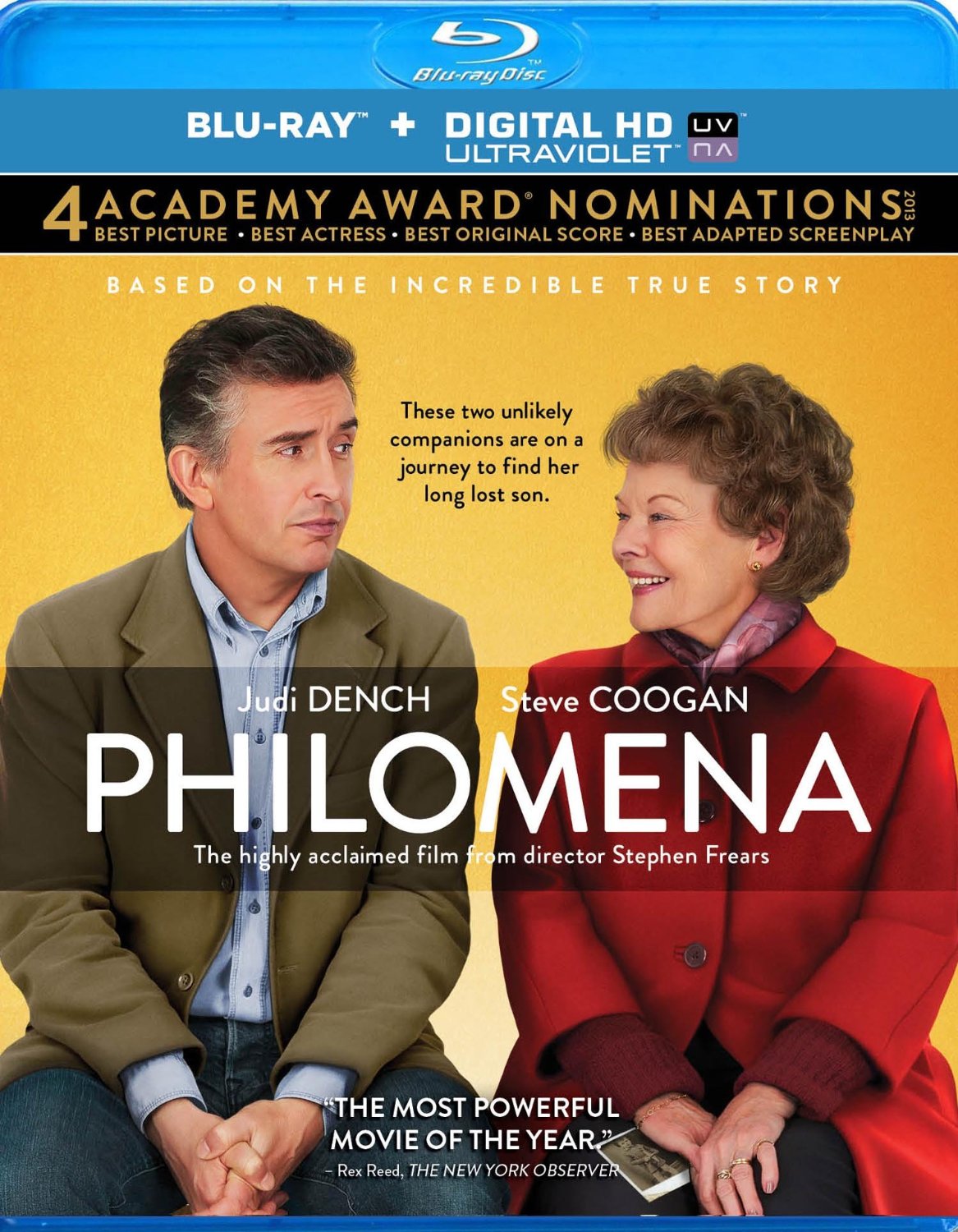 The Blu-ray will feature 1080p video, a DTS-HD MA 5.1 soundtrack, and supplements will include: Feature Commentary with Steve Coogan and Screenwriter Jeff Pope; A Conversation with Judi Dench; The Real Philomena Lee; and Q&A with Steve Coogan.

Suggested list price for the Blu-ray/Digital Copy combo pack is $34.99.

You can find the latest specs for 'Philomena' linked from our Blu-ray Release Schedule, where it's indexed under April 15.

Discs mentioned in this article: (Click for specs and reviews)
Philomena (Blu-ray)