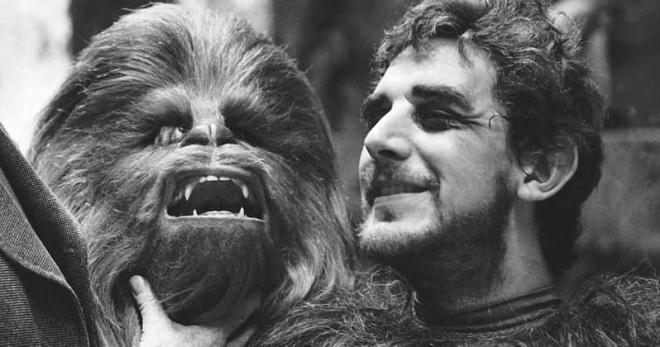 May The Fourth Be With You - RIP Peter Mayhew

May the Fourth Be With Us... Always

Star Wars Day - May the 4th has quickly become a cultural phenomenon. People around the world gather together and celebrate their love for lightsabers, Jedi, Sith, and Midi-chlorians… well, maybe not Midi-chlorians. But you get the picture. This time is typically spent getting hyped for any and everything Star Wars, from new movies such as The Rise of Skywalker to exciting new television events like Disney+'s The Mandalorian. While we should be overjoyed at everything coming our way, this year is a little different. With the breaking news yesterday, we also must stop and thank our favorite big guy, Chewbacca actor Peter Mayhew who sadly passed away April 30th at 74 years old at his home in Texas.

This one hits hard for me because Chewbacca was my favorite as a little tyke growing up devouring repeated viewings of Return of the Jedi. I didn't have a Luke Skywalker figure. I didn't have a Darth Vader. I didn't have Han Solo and a sure as heck-fire didn't have any of the cool vehicles - but I had a Chewbacca figure! (I still have it!) It's taken a beating over the 30-odd-some years of G.I. Joe battles and Transformers invasions, but he's safely tucked away in my rare collectibles lockbox alongside my first editions of The Crow and Giant Sized X-Men #1.

Before I ever knew who Peter Mayhew was or that Wookiees didn't actually exist, I knew Chewbacca. Technically, legally, I can say that I saw Return of the Jedi in theaters when I was all of 10 months old. We still have the ticket stub to prove it, but I don't remember sitting in that darkened theater. Like many kids of the 80s, my memories of Star Wars and Empire Strikes Back were on the floor in front of our enormous 25-inch Sony television watching the recorded copies on VHS my dad made from rentals. I couldn't read, but I knew the color of the ink used to label the white stickers on the tapes, and that was good enough for me to figure out which movie was Star Wars, Empire, or Jedi. 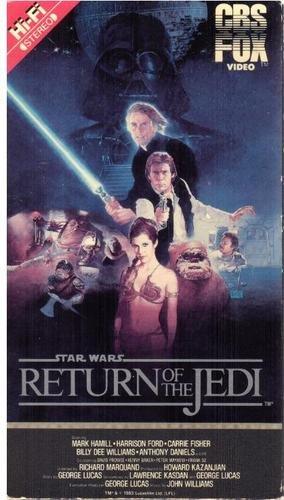 My clearest early Star Wars memory is the day my dad came home with a rental tape of Return of the Jedi. He said he was going to get it. He'd built it up all week long. When he got home from work, he played it cool as a cucumber while my sister and I eagerly awaited confirmation that he executed on his promise. When he finally pulled out the tape from his briefcase, we lost our collective shit. We were so damn excited that it was aggravating waiting through dinner and then the eternity it took for him to hook up our second VHS player so we could make a copy. But it was worth the wait!

Kids these days just don't know how good they've got it! Back in my day of having to walk to and from school uphill and in a blizzard, we didn't get new Star Wars movies every other year. We didn't get awesome animated T.V. shows that expanded the universe and introduced cool new characters. We got none of that. The best thing we got while we waited for George Lucas to make another movie was The Ewok Adventure and Ewoks: The Battle for Endor. That was it! On the scale of things that's pretty crappy compensation.

While I didn't get new movies and TV shows every year, I did get comic book conventions! By 1992 I was a full-on comic addict with a $40 a month habit. I was blown away when I learned conventions were a thing that existed and I could get my favorite books signed. I was even more amazed when I learned that various movie and T.V. personalities would make the rounds and sell autographs and do personal meet and greets. Before May the Fourth and huge dedicated Star Wars conventions were a thing - this was how we got to see our heroes up close and in person.

It was at my first Motor City Convention in Detroit that I saw Chewbacca himself - Peter Mayhew. I'd already spent my entire day standing in line getting signatures from guys like Jim Lee, Andy Kubert and Rob Liefeld (Don't judge, I didn't know better at the time). I'd already blown all of my stashed up allowance money on X-Men figures and back issues I needed for my collection. I was literally on my way out the door when he walked in surrounded by eager fans.

This tall, gentle giant of a man just strode in with a big smile and friendly eyes saying "hi" to people as he tried to make his way to the signature booth for which he was very late. I didn't have the money for an autograph, and my folks were there to pick me up so I couldn't stay - all I could do was watch him pass by. But somehow, in that throng of people, I made eye contact with Peter. His big eyes seemed to get even bigger, and that smile got wider as he gave me a friendly wave - I waved back giddily knowing I just said "hello" to Chewbacca! Through the course of several conventions, I eventually did get to actually meet Peter and shake his hand as we rode in the same elevator together in Chicago, but it's that memory from when I was 11 that sticks with me. It's these kinds of memories that make days like May the Fourth special for fans.

It still amazes me that Star Wars has become a generational phenomenon. Consider all of the franchises that have withered, rebooted, or faded into complete obscurity and Star Wars is still here. And if Disney has any say in the matter, it'll be here for a long time to come! With time marching on, we'll have to keep remembering our heroes while we celebrate. Days like May the Fourth make it easy to take a moment from our chaotic day-to-day lives and just have fun. We get to come together and share our experiences of first discovering this wild space opera while we speculate about where that galaxy far, far away is going. We'll also have days like this year where we tip our hats and remember those who are no longer here to celebrate with us who helped bring this wild vision to life and bring so many people so many amazing memories.