For a limited time, Spotify is offering free Chromecasts to new premium subscribers.

Spotify has announced the launch of a special Chromecast promotion. From February 17 through February 28, new users who sign up for three months of Spotify Premium for $29.97 will also receive a free Google Chromecast.

In addition, existing Spotify free members can also upgrade to three months of Spotify Premium for that same price and receive the free Chromecast as well -- so long as they have not already taken a free trial or tried Premium in the past. 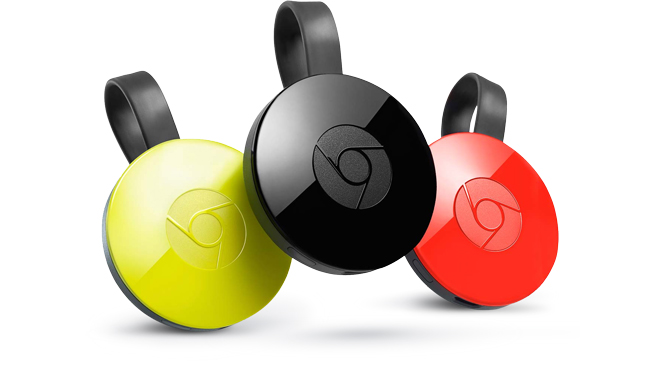 Chromecast is an HDMI dongle that allows customers to cast media from mobile devices, computers, and laptops to their big-screen TVs. With support for dual-band 2.4GHz and 5GHz 802.11ac Wi-Fi, the updated Chromecast offers greatly improved connection speeds and stability. In addition, the model features a revamped app with Android and iOS support that makes it easier for customers to stream their favorite content. Likewise, the new circular design makes it easier to plug into a user's display. Models are available in black, coral, and lemonade.

With Spotify for Chromecast, users can cast music from the Spotify app for their smartphones and tablets directly to their TVs. Customers can also control playback, browse, and search from the app, and can even make calls while their music keeps playing. In addition, Spotify Premium also includes ad-free listening and the highest quality streaming option.

The free Google Chromecast Spotify Premium promotion is currently available in the US and UK while supplies last. To redeem the offer customers can click here. After the initial $29.97 cost for three months, a Spotify Premium subscription requires a $10 monthly fee. Suggested retail price for Google's Chromecast is currently $35.