First details for the upcoming tablet have been leaked.

As reported by the Xperia Blog, Sony recently posted a listing for its latest tablet, the Xperia Z4, on the official Xperia Lounge application. Though the listing has since been removed, the image reveals new details about the device.

Full specs including CPU, battery, and camera details have not been revealed yet, but the Xperia Z4 will feature a 2K resolution display. Speculation also points to a 10-inch screen, but we'll have to wait for an official announcement from Sony to find out for sure. 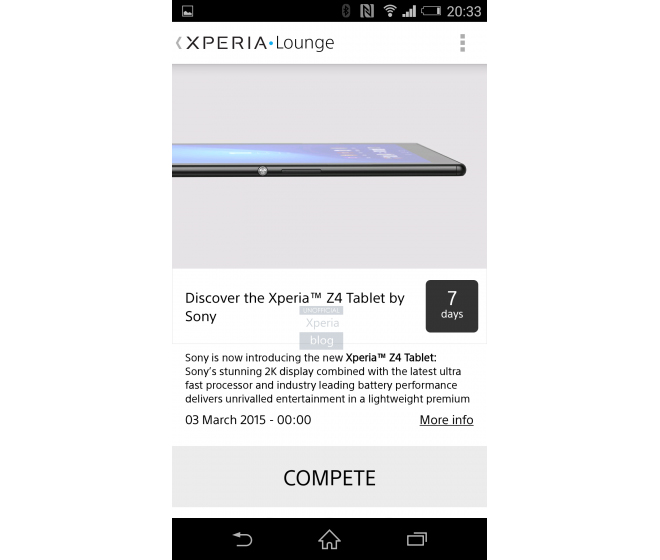 Thankfully, consumers likely won't have to wait long, as more details are expected to be unveiled at the Mobile World Congress in Barcelona on March 2-5, and the tablet could be available for purchase as early as March 3. Pricing has not been announced yet.