The streaming TV platform is now available in more markets around the country.

Sony has announced a nationwide expansion of its PlayStation Vue internet TV service. The cloud based streaming platform is now available in an additional 203 TV designated market areas (DMAs) across the United States.

"Since launching a year ago, our priority with PlayStation Vue has been to secure the best TV content for our audience and make it available to consumers nationwide; today, we're delivering on that promise," said Eric Lempel, Senior Vice President of Marketing and Head of PlayStation Network Americas, SNEI. "PlayStation Vue has been an ambitious project from the start, and national expansion demonstrates our ability to innovate in an industry that's overdue for a reinvented experience. Thanks to the strong network relationships we've forged and technology we've built, consumers nationwide can enjoy a better way to watch TV." 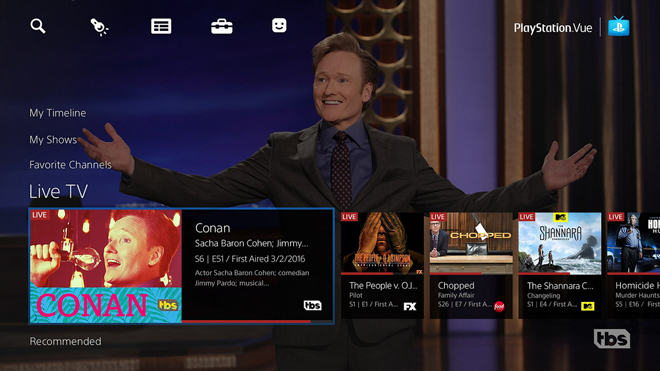 The 203 recently added nationwide markets will now gain access to Sony's new PlayStation Vue Slim multi-channel plans, offering many of the same options and channels currently found in the service's regular plans. With that said, the Slim plans will not include live programming from ABC, FOX, and NBC -- though on-demand content will be available and CBS live and on-demand programming will be added to select TV markets at a later date. Here's a rundown of pricing for the new Slim plans: