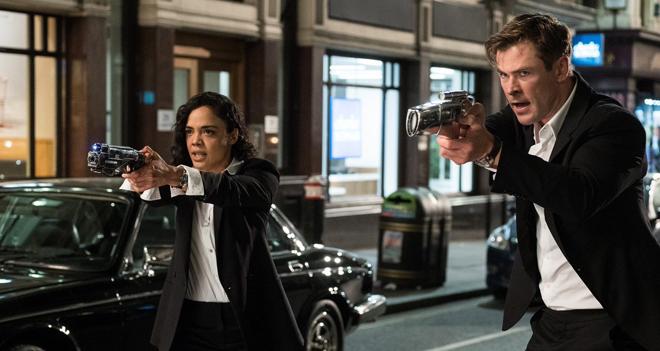 The Men in Black will return in June.

Sony has released a second trailer for Men in Black: International, offering fans a better look at the flick's story and new characters. The latest entry in the sci-fi action/comedy series will hit theaters on June 14, 2019.

The Men in Black have always protected the Earth from the scum of the universe. In this new adventure, they tackle their biggest, most global threat to date: a mole in the Men in Black organization.

F. Gary Gray (The Fate of the Furious, Straight Outta Compton) directs from a script written by Matt Holloway & Art Marcum (Iron Man) based on the Malibu Comic created by Lowell Cunningham.

Men in Black: International will be the fourth installment in the franchise, following Men in Black (1997), Men in Black II (2002), and Men in Black 3 (2012) starring Will Smith and Tommy Lee Jones.

All three previous movies were directed by Barry Sonnenfeld, who now serves as an executive producer for this new entry. In addition, Steven Spielberg and E. Bennett Walsh are also on board as executive producers. Meanwhile, Walter F. Parkes and Laurie MacDonald are attached as producers.