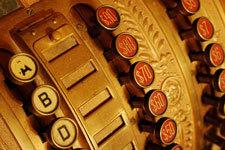 Thanks to a new research report from Sony, industry watchers are getting their best look yet at hard high-def disc sales numbers from Nielsen VideoScan, including per-title sales figures for high-def discs released on both next-gen formats.

Focusing on sales data for the week ending March 18 (the same week that Sony's 'Casino Royale' smashed high-def records by shipping 100,000 units to retail), it should come as no surprise that the VideoScan numbers released by Sony are favorable to the studio, with five of its releases ranking among the top-selling next-gen discs that week.

The numbers that week were equally as impressive for Blu-ray, which outsold HD DVD by a ratio of 9:2, and dominated the list of top-selling next-gen discs -- the HD DVD edition of 'The Departed' was the only HD DVD disc to appear among the top ten best selling high-def discs.

But while abstract ratios and percentages like these have been bandied about for several months now, the Sony report goes one step further, providing the first public release of hard sales figures for HD DVD and Blu-ray discs from Nielsen VideoScan, the home entertainment industry's leading source for competitive sales data.

Among the numbers revealed: as of March 18, VideoScan put the cumulative number of Blu-ray titles sold since the format's inception at 844,000 units, versus HD DVD at 708,600.

But perhaps most interesting are the per-title sales numbers for the top ten selling discs across both formats, which are provided both in the form of a weekly tally (again for the week ending March 18), and as year-to-date totals.

While these charts confirm the previously reported strong showings for such A-list titles as 'The Departed' 'Batman Begins' and 'Superman Returns' (with each clocking per-format sales totals since-inception of at least 28,000 units sold), they also demonstrate a very steep drop-off for titles outside of that top rung, with even discs among the top-ten best sellers that week moving fewer than 1000 units apiece:

While we should note that the VideoScan numbers are not all-inclusive (for example, they don't include discs sold at Wal-Mart or some online merchants), the lower sales numbers at the bottom end of weekly list and on display elsewhere in the report (where some titles are listed as selling fewer than 200 units since inception) are certainly still a sobering reminder that both formats still have a long way to go in their shared quest to supplant standard-def DVD.