The thriller will be swimming toward Blu-ray and Ultra HD Blu-ray in September.

As previously reported, Sony is preparing 'The Shallows' for Blu-ray and Ultra HD Blu-ray, and now the date has been set for September 27.

In the taut thriller, when Nancy (Blake Lively) is surfing on a secluded beach, she finds herself on the feeding ground of a great white shark. Though she is stranded only 200 yards from shore, survival proves to be the ultimate test of wills, requiring all of Nancy’s ingenuity, resourcefulness, and fortitude.

The releases will feature lossless audio (Dolby Atmos on the Ultra HD Blu-ray) and supplements include four featurettes and deleted scenes. 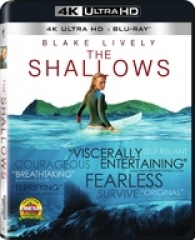 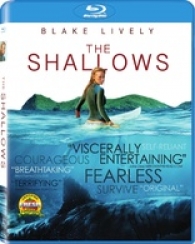