The sci-fi romance show will return to Blu-ray in September, and you can pre-order the series here.

In an early announcement to retailers, Sony is preparing 'Outlander: Season 1 - Volume 2' for Blu-ray on September 29. A separate 'Collector's Edition' will also be released on that same day.

As 'Outlander' continues, Claire and Jamie’s relationship is tested by ruthless Redcoats, volatile clan politics, and a brutal witch trial, which force Jamie and Claire to escape to a new home. Just when their life as a married couple begins to take shape, Jamie is once again drawn into Captain Randall’s darkness. Ultimately, Claire discovers there is a fate worse than death as she struggles to save Jamie’s heart, as well as his soul.

In addition, the Collector's Edition will include special packaging, 3D artwork, and a 32-page book.

You can find the latest specs for 'Outlander: Season 1 - Volume 2' linked from our Blu-ray Release Schedule, where it's indexed under September 29. 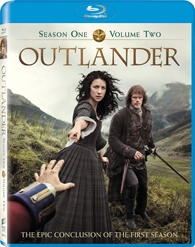 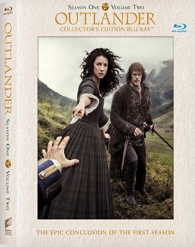