The first wave of Sony's MOD Blu-rays that includes a pair of 'Karate Kid' sequels will be available in September.

In an early announcement to retailers, Sony has just announced 'The Karate Kid, Part III' and 'The Next Karate Kid' for Blu-ray on September 6.

The Next Karate Kid - Two-time Academy Award-winner (Best Actress, Boys Don't Cry, 1999; Best Actress, Million Dollar Baby, 2004) Hilary Swank shines in her first starring role as THE NEXT KARATE KID, co-starring Oscar-nominee (Best Supporting Actor, The Karate Kid, 1984) Noriyuki "Pat" Morita. When her parents are killed in a car accident, 17-year-old Julie Pierce (Swank) falls under the wise and patient guidance of Mr. Miyagi (Morita), who teaches the sullen teen to dispel her anger through the healing powers of the martial arts. So when she becomes the newest target of the Alpha Elite - a sadistic gang of high-school bullies - it's up to Julie to teach them a lesson they'll never forget.

Blu-ray MOD is an exciting expansion of the existing DVD MOD program, which has seen a variety of the studio's fan favorites, cult classics and hidden gems come to market with a seamless consumer experience, via retailers such as Amazon.

You can find the latest specs for 'The Karate Kid, Part III' linked from our Blu-ray Release Schedule, where it is indexed under September 6. 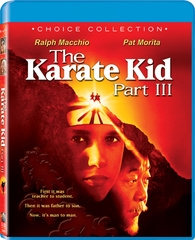 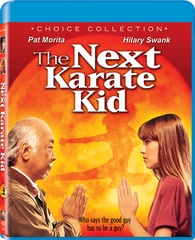