The film based on Dan Brown's novel starring Tom Hanks and Felicity Jones arrives on both formats in January.

In an early announcement to retailers, Sony says 'Inferno' will hit Blu-ray and Ultra HD Blu-ray on January 24.

In this contemporary action thriller, the famous symbologist Robert Langdon (Tom Hanks) wakes up in an Italian hospital with amnesia and finds himself the target of a manhunt. Langdon teams up with Sienna Brooks (Felicity Jones), a doctor he hopes will help him recover his memories. Together, they race across Europe and against the clock to stop a virus that would wipe out half of the world's population.

Each release will feature lossless audio (Dolby Atmos on the 4K release) and supplements include Deleted and Extended Scenes and Six Featurettes.

You can find the latest specs for 'Inferno' linked from our Blu-ray Release Schedule, where it is indexed under January 24. 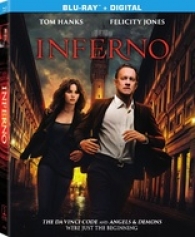 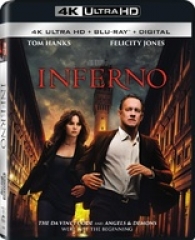