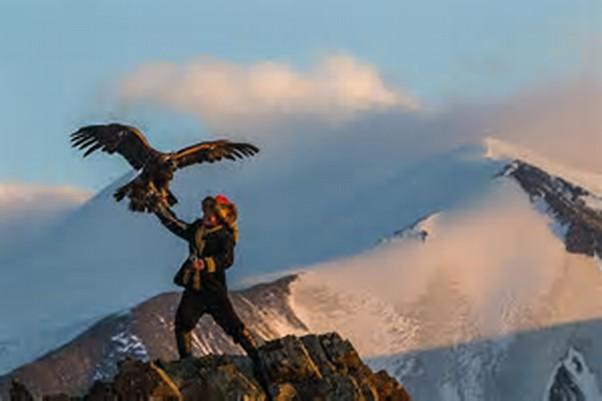 The acclaimed documentary narrated by Daisy Ridley is planned for Blu-ray in February.

In an early announcement to retailers, Sony says 'The Eagle Huntress' for Blu-ray on February 7.

The Eagle Huntress follows Aisholpan, a 13-year-old girl, as she trains to become the first female in 12 generations of her Kazakh family to become an eagle hunter, and rises to the pinnacle of a tradition that has been handed down from father to son for centuries.

Set against the breathtaking expanse of the Mongolian steppe, The Eagle Huntress features some of the most awe-inspiring cinematography ever captured in a documentary, giving this intimate tale of a young girl's quest the dramatic force of an epic narrative film.

The release will feature 1080p video, lossless audio, and supplements include: Audio Commentary with Otto Bell and "Capturing The Eagle Huntress" featurette.

You can find the latest specs for 'The Eagle Huntress' linked from our Blu-ray Release Schedule, where it is indexed under February 7.