In an exclusive announcement to High-Def Digest, Sony is prepping Zero Dark Thirty for 4K Ultra HD Blu-ray on September 12. The release will initially be a Best Buy exclusive.

For a decade, an elite team of intelligence and military operatives working in secret across the globe devoted themselves to a single goal: to find and eliminate Osama bin Laden. Zero Dark Thirty reunites the Oscar®-winning team of director-producer Kathryn Bigelow and writer-producer Mark Boal (2009, Best Picture, The Hurt Locker) for the story of history's greatest manhunt for the world's most dangerous man

The 4K Ultra HD Blu-ray will feature 2160p video with HDR and a Dolby Atmos soundtrack. Supplements will include the previous bonus material found on the original Blu-ray:

Check out the box art below! 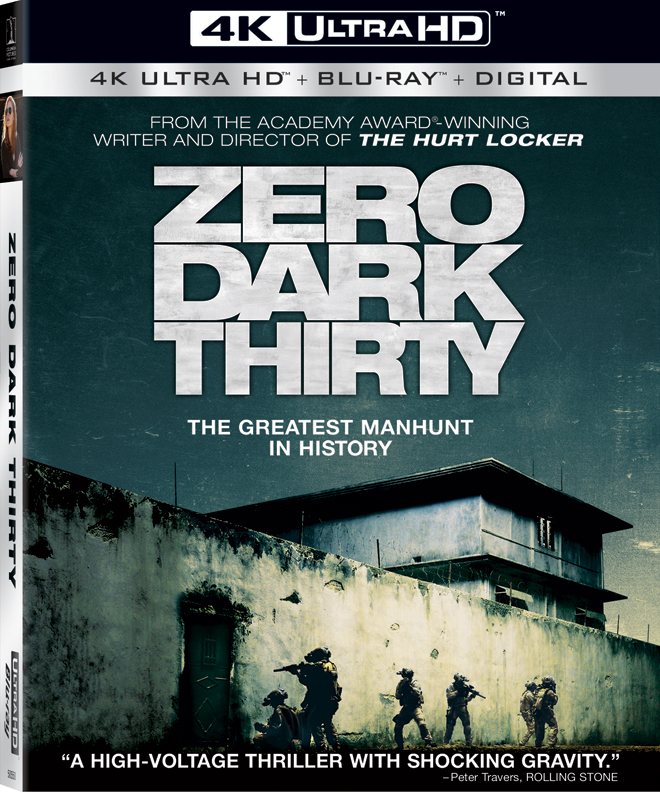 You can find the latest specs for Zero Dark Thirty linked from our Ultra HD Blu-ray Release Schedule, where it is indexed under September 12.