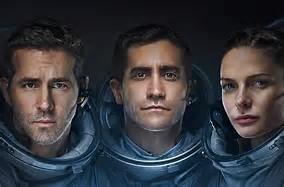 The science fiction thriller starring Ryan Reynolds, Rebecca Ferguson and Jake Gyllenhaal is arriving on both formats in June.

As previously reported, Sony was prepping 'Life' for Blu-ray and Ultra HD Blu-ray this summer, and now the date has been set for June 20.

Life is an intense sci-fi thriller about a team of scientists aboard the International Space Station whose mission of discovery turns to one of primal fear when they find a rapidly evolving life-form that caused extinction on Mars, and now threatens the crew and all life on Earth.

Specs have yet to be revealed, but supplements include: Deleted Scenes, "Claustrophobic Terror: Creating a Thriller in Space", "Life: In Zero G", "Creating Life: The Art and Reality of Calvin", and "Astronaut Diaries"

You can find the latest specs for 'Life' linked from our Blu-ray Release Schedule, where it is indexed under June 20. 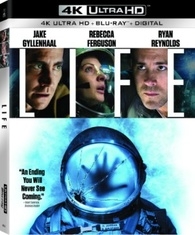