Blu-ray May Have Found 'The Perfect Guy' Next Month

In an early announcement to retailers, Sony is set to release 'The Perfect Guy' on Blu-ray on December 29.

The Perfect Guy follows a woman (Sanaa Lathan) who meets an IT expert (Michael Ealy), who seems to be the perfect guy. But after a sexually-charged courtship, she sees a violent side of him and dissolves the budding relationship. In a jealous rage and fueled by insane revenge, he disrupts her life.

Specs haven't been revealed yet, but supplements include: Lust and Obsession: Making The Perfect Guy.

You can find the latest specs for 'The Perfect Guy' linked from our Blu-ray Release Schedule, where it is indexed under December 29. 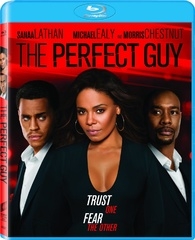