The crime-thriller starring Benicio Del Toro and Josh Brolin is already up for pre-order at Amazon.

In an early announcement to retailers, Sony is preparing 'Sicario: Day of the Soldado' for Blu-ray and 4K Ultra HD Blu-ray later this year.

The drug war on the US-Mexico border has escalated as the cartels have begun trafficking terrorists across the US border. To fight the war, federal agent Matt Graver re-teams with the mercurial Alejandro. 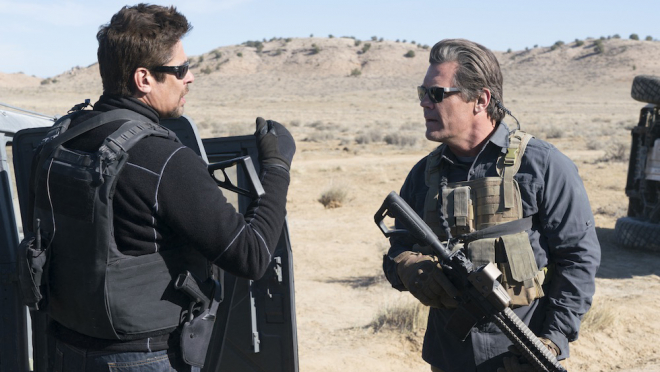 You can find the latest specs for Sicario: Day of the Soldado linked from our Blu-ray and 4K Release Schedules, where it is indexed under PENDING.