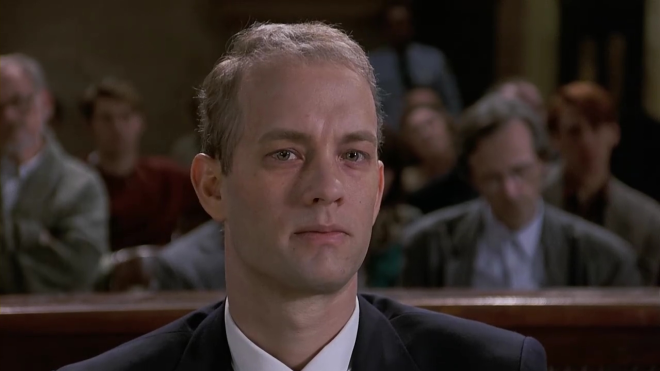 Hailed as a landmark film that dazzles with deep emotion and exceptional acting, Philadelphia starsTom Hanks and Denzel Washington as two competing lawyers who join forces to sue a prestigious law firm for AIDS discrimination. And as their unlikely friendship develops, their courage overcomes the prejudice and corruption of their powerful adversaries.

In conjunction with the new 4K UHD release, Philadelphia is returning to theaters through Sony Pictures Releasing in more than 10 markets on December 1 in honor of World AIDS Day. The theaters will include the new short featurette, “The Last Mile,” presented by (RED) and The Coca-Cola Company, which highlights progress made since the release of Philadelphia and the work remaining in the fight against HIV/AIDS. Philadelphia will play in the following theaters:

The release will include High Dynamic Range, Dolby Atmos audio and supplements include:

•    “One Foot on a Banana Peel, the Other Foot in the Grave” Documentary

You can find the latest specs for Philadelphia - 4K Ultra HD Blu-ray linked from our 4K Blu-ray Release Schedule, where it is indexed under November 27. 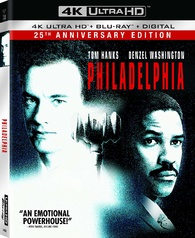