Showtime is preparing to release the long-awaited third season of David Lynch's landmark series this December.

As previously reported, David Lynch tweeted that 'Twin Peaks: A Limited Event Series  will be available on December 5. 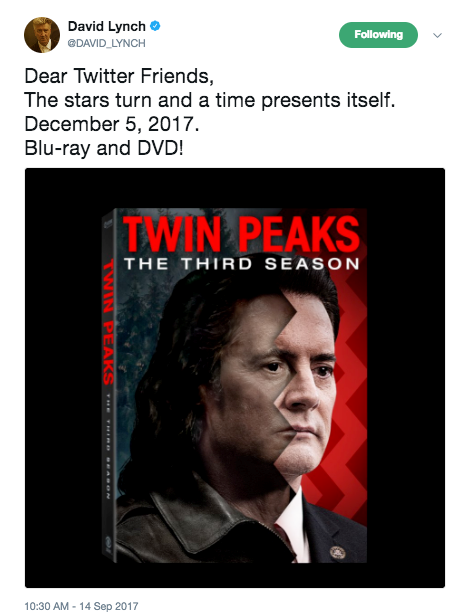 Blu-ray exclusives include:
A Very Lovely Dream: One Week in Twin Peaks
Behind the Red Curtain
I Had Bad Milk in Dehradun

You can find the latest specs for Twin Peaks: A Limited Event Series linked from our Blu-ray Release Schedule, where it is indexed under December 5.