The fourth season of the Netflix series is coming to Blu-ray in May.

In an early announcement to retailers, Lionsgate is preparing 'The Ticket' for Blu-ray on June 6.

A blind man who regains his vision finds himself becoming metaphorically blinded by his obsession for the superficial. Directed by Ido Fluk. Starring Dan Stevens {'Beauty and the Beast'), Malin Akerman ('Watchmen'), and Oliver Platt ('X-Men: First Class').

You can find the latest specs for 'The Ticket' linked from our Blu-ray Release Schedule, where it's indexed under June 6. 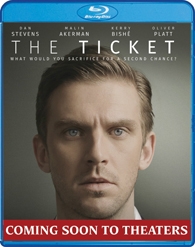 Discs mentioned in this article: (Click for specs and reviews)
The Ticket (Blu-ray)