Two horror flicks are heading to Blu-ray in August.

In an early announcement to retailers, Shout! Factory is preparing 'The Binding' and 'Bite' for Blu-ray on August 2.

'The Binding' - In the small town of Solvang, there's a killer on the loose and the nurse taking care of a wheelchair bound stroke victim has a bedside manner is to die for. As the truth is uncovered, a town's most chilling mystery will be revealed... and a family's darkest secret. Starring Glenn Corbett, Patricia Breslin, Eugenie Leontovich, Alan Bunce, Richard Rust, and James Westerfield.'Bite' - Desperate to retrieve a winning lottery ticket, a greedy man unearths his father's corpse. An enormous jackpot is his reward, but not without a price: his face is frozen permanently into a hideous grin. He enlists his one-eyed servant to help him lift the curse. Starring Ronald Lewis, Audrey Dalton, Guy Rolfe, Oskar Homolka, Vladimir Sokoloff, and Erika Peters.

Specs have not been detailed yet, but supplements for 'The Binding' will include: Deleted scenes; Cast interviews; Director/Writer commentary track; and Teaser trailer.

You can find the latest specs for 'The Binding' and 'Bite' linked from our Blu-ray Release Schedule, where they are indexed under August 2. 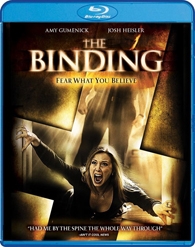 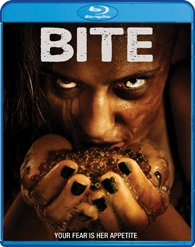 Discs mentioned in this article: (Click for specs and reviews)
The Binding (Blu-ray)
Bite (Blu-ray)