In an early announcement to retailers, Shout Factory is preparing 'The Chinese Connection' and 'Fists of Fury' for Blu-ray on December 6.

'The Chinese Connection' - Chen Zhen (Bruce Lee) returns to Shanghai to attend the funeral of his teacher. He vows to uncover what happened to his mentor and all signs point to the local Japanese Marital Arts school who have been taunting and insulting the students of the Ching Wu School. The local police won't do anything about the death, so Chen decides to restore honor to his school and his teacher by bringing down some furious vengeance on the Japanese school. 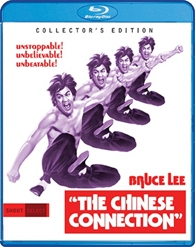 'Fists of Fury' - Fists of Fury a.k.a. The Big Boss stars martial arts legend Bruce Lee as Cheng Chao-an , a young man that moves to Thailand to take a job in an ice factory. One day, when a block of ice is cracked open, two co-workers find out that something is being smuggled inside the blocks of ice. The two workers disappear without a trace and Cheng starts to investigate their disappearance. He soon finds out that the factory is smuggling heroin and comes face to face with the Big Boss for a climatic showdown. 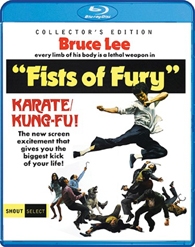 You can find the latest specs for 'The Chinese Connection' and 'Fists of Fury' linked from our Blu-ray Release Schedule, where they are indexed under December 6.

Discs mentioned in this article: (Click for specs and reviews)
The Chinese Connection (Blu-ray)
Fists of Fury (Blu-ray)