Christophe Gans' 'Beauty and the Beast' Announced for Blu-ray

The 2014 live action take on the classic tale will hit Blu-ray in February.

In an early announcement to retailers, Shout Factory is preparing 'Beauty and the Beast (2014)' for Blu-ray on February 21.

Supplements have not been announced yet, but the Blu-ray will feature 1080p video and a French DTS-HD MA 5.1 soundtrack.

You can find the latest specs for 'Beauty and the Beast (2014)' linked from our Blu-ray Release Schedule, where it's indexed under February 21. 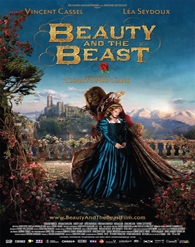 Discs mentioned in this article: (Click for specs and reviews)
Beauty and the Beast (2014) (Blu-ray)