All in an incredibly slick package.

Sega has announced today that they will be releasing a bundle containing various 3D Classics re-releases in one retail package on April 26th. The 'SEGA 3D Classics Collection' is confirmed to contain 'Altered Beast', 'Fantasy Zone 2 W', 'Power Drift', 'Puyo Puyo 2', 'Galaxy Force 2', 'Sonic the Hedgehog', as well as 'Fantasy Zone 2' and 'Maze Walker' as bonus games. The games are all fully remastered in 3D, and the package will cost $30. 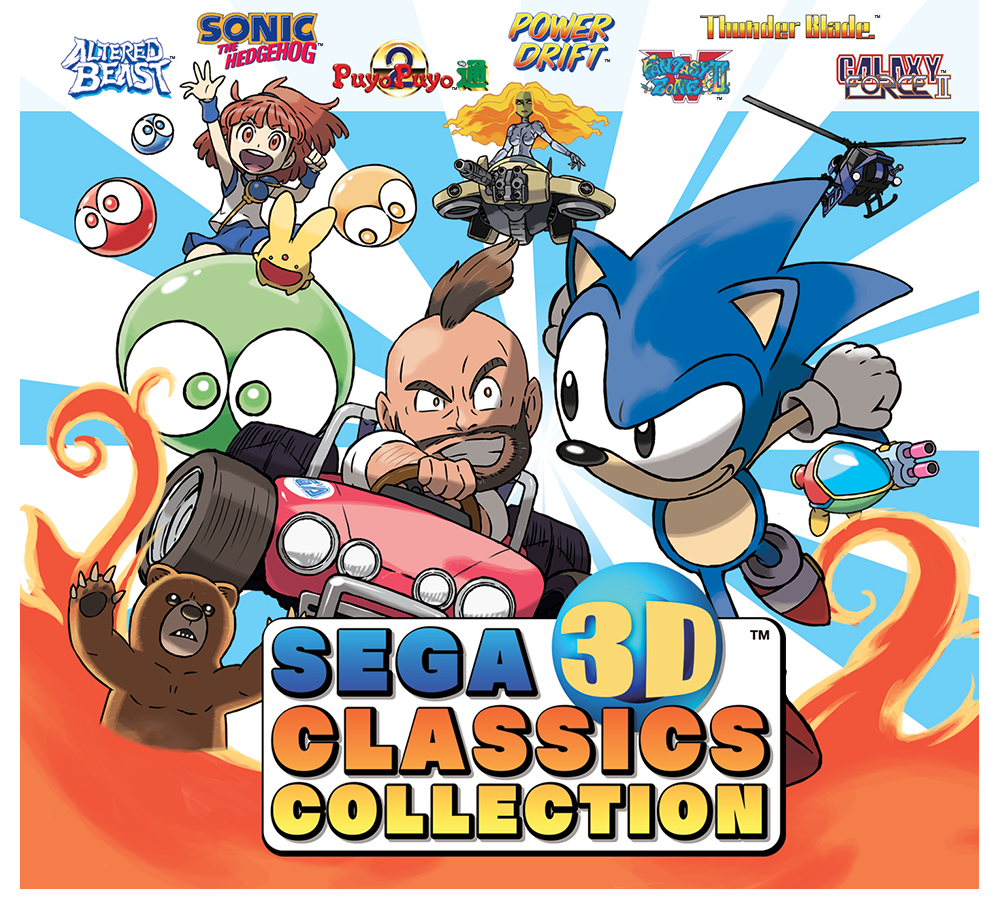 Sega's work on these 3DS re-releases has always been excellent, and presenting them all in a single package like this is very exciting news.