In an early announcement to retailers, Shout Factory will be releasing 'Dark Summer' and 'Alien Outpost' on Blu-ray on July 7.

Set in 2021, Alien Outpost is the story of the aftermath of the First Earth War , in which an invading race of aliens known as the Heavies are narrowly defeated. But thousands of the aliens were left behind, and a new war on terror now rages. In the wake of the war, a series of remote operating bases are created to defend the planet, with the deadliest being base Three Seven, positioned in the most hostile place on Earth.

A documentary film crew is sent to record daily life in Outpost Three Seven, where the men, led by hardened commander Captain Spears (Rick Ravanello, Dark Haul), are under constant enemy fire. When a member of the crew disappears during a Heavy ambush, the unit launches a raid deep into enemy territory to rescue him… only to make a terrifying discovery.

Specs have yet to be revealed, but supplements include: Audio Commentary By Director/Co-Writer Jabbar Raisani And Director Of Photography/Co-Writer Blake Clifton; Interviews With Cast And Crew; Deleted Scenes; and Theatrical Trailer.

You can find the latest specs for 'Dark Summer' and 'Alien Outpost' linked from our Blu-ray Release Schedule, where they are indexed under July 7. 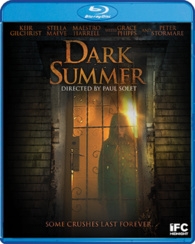 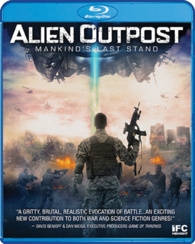