Both cult classics will be available on Blu-ray just in time for Halloween.

'Tales from the Crypt: Demon Knight' - A mysterious drifter known as Brayker (William Sadler) possesses the last of seven ancient keys that hold the power to stop the forces of darkness and protect all humanity from ultimate evil. But the human race is safe only so long as Brayker can evade the demonic Collector (Billy Zane) who has gathered the other six keys.

In his obsessive quest for the key, the Collector rallies an army of ghastly cadavers against Brayker and the inhabitants of a run-down hotel. Armed with automatic weapons, sacred blood and sadistic humor, Brayker and the strong-willed Jeryline (Jada Pinkett-Smith) must lead the other guests in a gruesome battle against the Collector and his evil horde of ghouls.

'Tales from the Crypt: Bordello of Blood' - A wickedly funny motion picture complete with all the hackcitement anyone could axe for! Dennis Miller, stunning supermodel Angie Everhart and Erika Eleniak join every bodies' favorite cutup, the Cryptkeeper, in a hip frightmare of sly humor, sex appeal and go-for-the-juglar special effects.

Madam Lilith and her lucious cohorts run a most unusual bordello on the edge of town. They don't just take your money for services rendered-they bleed their customers dry! But wisecracking private eye Rafe Guttman is on the case, and soon he must battle not only a den of scantily clad vampiresses, but also the Reverand Jimmy Current a slick televangelist with an all-powerful talisman.

The thrills and chills come so fast you'll never know where this tale will beheading next. 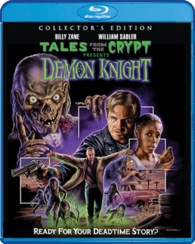 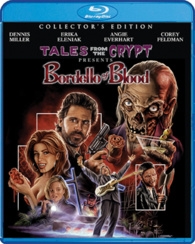