Two horror flicks will arrive on Blu-ray in November.

In an early announcement to retailers, Scream Factory is preparing 'Stung' for Blu-ray on November 3. In addition, the distributor is also releasing 'Bound to Vengeance' on November 10. 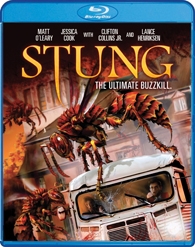 'Bound to Vengeance' - A young girl, chained in the basement of a sexual predator, escapes and turns the tables on her captor. 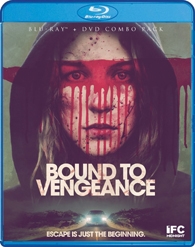 You can find the latest specs for 'Stung' and 'Bound to Vengeance' linked from our Blu-ray Release Schedule, where they're indexed under November 3 and November 10.

Discs mentioned in this article: (Click for specs and reviews)
Stung (Blu-ray)
Bound to Vengeance (Blu-ray)