Scream Factory is set to release Single White Female on Blu-ray on November 13.

After an unfaithful fiancé leaves her suddenly single, Allison Jones (Fonda) advertises for a roommate to share her spacious apartment. But when the introverted Hedra (Leigh) moves in, she doesn't just take over Allie's spare bedroom. She takes over her clothes, her boyfriend ... and her identity. An unrelenting thriller from director Barbet Schroeder (Barfly, Reversal Of Fortune), Single White Female boasts terrific performances and stylish suspense to die for. Bring this Blu-ray into your home today (at your own risk).

You can find the latest specs for Single White Female linked from our Blu-ray Release Schedule, where it is indexed under November 13. 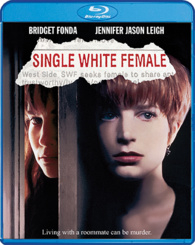