The supplements have now been finalized for both sequels available in stores this January.

Poltergeist II: The Other Side - The Freeling family settles into a new home following the annihilation of their former residence by terrifying visitors from the netherworld. But the spirits of the dead are still hell-bent on luring the family's clairvoyant daughter Carol Anne to "the other side"!

Poltergeist III - They're back...again! And they're still looking for Carol Anne, who has been sent by her parents to live in a Chicago high rise with her aunt, uncle and cousin. Now Carol Anne must face demons more frightening than ever before, as they move from invading homes to taking over an entire skyscraper.

Each release will feature a new 2K transfer; new slipcovers (guaranteed for three months after its original release date); and newly-commissioned front-facing artwork from artist Justin Osbourn (Lifeforce, The Fog, Child's Play). The reverse side of the wraps will showcase the original theatrical poster art. 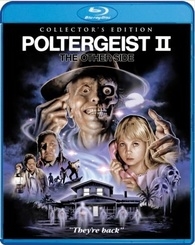 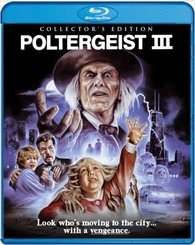