Bo Mikkelsen's 'What We Become' Planned for Blu-ray

The Danish horror flick is headed for Blu-ray in October.

In an early announcement to retailers, Scream Factory and IFC Films will be bringing 'What We Become' to Blu-ray on October 18.

The Johansson family—mom, dad, their rebellious teenage son, and young daughter—are looking forward to a quiet summer in their idyllic suburban town. But in the blink of an eye, things go from blissful to berserk when a horrifying plague tears through the community. After a string of grisly deaths, the government puts the neighborhood on lockdown. But one thing soon becomes terrifyingly clear: you can't quarantine the apocalypse. This nightmarish, blood-soaked shocker establishes sharply drawn, recognizably real characters—and then watches what happens when they're put through the wringer to survive.

You can find the latest specs for 'What We Become' linked from our Blu-ray Release Schedule, where it is indexed under October 18. 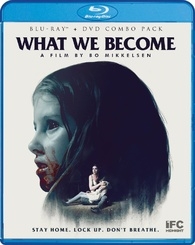