Samsung has announced the addition of WebVR support to its Samsung Internet for GearVR 1.0 internet browser on the Gear VR headset. With that said, the WebVR spec has not been finalized yet, so current support is listed as experimental. 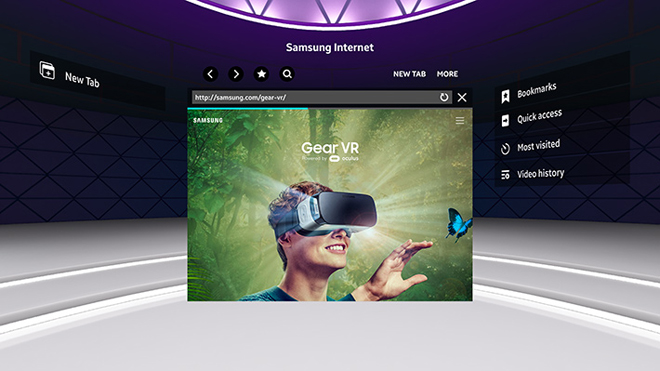 Beyond WebVR support, other recent Gear VR additions include a Hulu VR app. Likewise, FOX Sports and NextVR announced a partnership to offer live VR stream for sporting events through the Gear VR, and tonight's NCAA National Championship will be viewable in VR through Samsung's headset.