Like most connected devices, smart TVs are not immune to malicious software.

As reported by The Verge, the Samsung Support USA twitter account recently sent out a reminder to users about the importance of scanning their TVs for viruses. Though the tweet has since been deleted, the instructional video that it included is still viewable via the company's YouTube channel.

Here's the text that was originally featured in the now deleted tweet:

"Scanning your computer for malware viruses is important to keep it running smoothly. This also is true for your QLED TV if it's connected to Wi-Fi! Prevent malicious software attacks on your TV by scanning for viruses on your TV every few weeks." 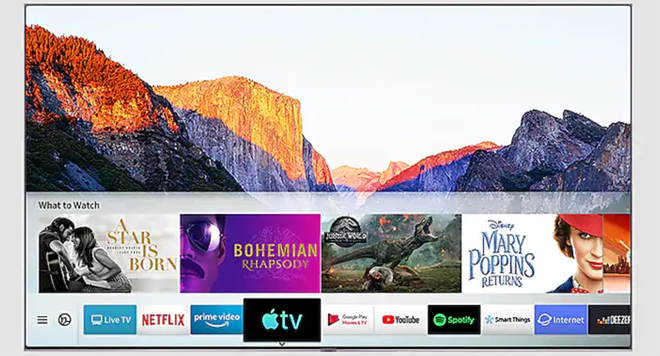 The tweet does not appear to have been related to any kind of specific threat (the YouTube video has actually been up since April 30), and instead simply looks like it was part of a series of @SamsungSupport tweets aimed at highlighting various maintenance, connectivity, and troubleshooting features available on Samsung products.

But while there might not be an immediate danger, the post does serve as a telling reminder that all connected devices can be susceptible to viruses and malware. Likewise, the tweet's suggestion of scans every few weeks seems a bit alarming considering that most users probably aren't even aware that the feature exists.

Thankfully, though Samsung's virus scan process is sadly not automated, the procedure is actually pretty simple. Customers just need to bring up the Settings menu, click General, navigate to System Manager, select Smart Security, and then click on Scan. I actually just tested the feature on a Samsung Q70R QLED TV that I'm reviewing and the scan took about a minute and came up with no infected files.

Check out the video below for a quick look at the whole process via the Samsung Care YouTube channel: