Several new audio products will be demoed at the upcoming electronics show.

Samsung has revealed a new lineup of audio devices for CES. The products will include the WAM7500/6500 360-degree speakers and an expanded collection of curved soundbars.

"We know how much people love music and that's why we are expanding our portfolio to bring high-quality, wireless audio into the home," said Jurack Chae, Senior Vice President at Samsung Electronics. "With the new WAM7500/6500 people can enjoy a vibrant sound wherever they are, while our new Curved Soundbars perfectly complement the TV viewing experience." 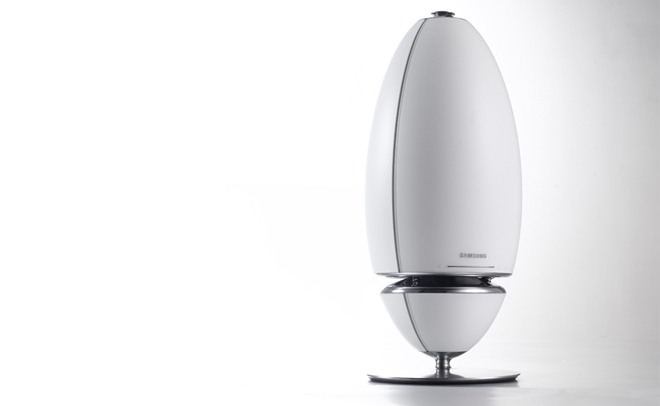 The WAM7500/6500 both use special ‘Ring Radiator’ technology, allowing audio to spread in a 360-degree radius to fill the room with sound. The WAM7500 is the stand-type model designed for stationary listening, while the 6500 is a movable-type model that features a built-in battery for mobile listening. Both devices can connect to TVs, soundbars and mobile gadgets. In addition, Samsung will also detail new 6000, 6500 and 8500 series curved soundbars. The latter model will feature a 9.1 channel configuration for enhanced sound quality.

Pricing and availability have not been announced, but Samsung's new audio lineup will be on display at the company's booth in Las Vegas during CES from January 6-9.