The company's free streaming channel is no longer exclusive to just Roku products.

Roku has announced the expansion of its Roku Channel service to more connected devices. Though previously only available on Roku media players and Roku TVs, The Roku Channel is now accessible with a free Roku account through the web via PCs, laptops, smartphones, and tablets. Likewise, the app is also rolling out to select Samsung Smart TVs.

The Roku Channel offers access to a library of free, ad-supported movies and TV shows, including a mix of contemporary titles and classics like The Matrix Trilogy, School of Rock, 50 First Dates, 3rd Rock from the Sun, In the Line of Fire, Blown Away, The Misfits, Bewitched, The Evil Dead, and more -- in HD and surround sound when available. Likewise, the platform also includes access to live TV content from ABC News, Cheddar, Newsy, and PeopleTV. 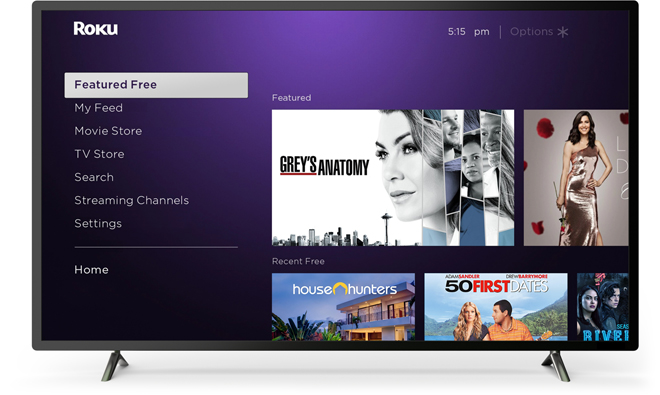 "We want to be the best destination for free streaming entertainment. We're delighted to deliver even more value to our customers without subscriptions, complicated logins or fees," said Rob Holmes, Roku’s Vice President of Programming and Engagement. "By expanding The Roku Channel to the Web, we're broadening the access points to high-quality, free streaming entertainment. With Featured Free, we're making it easy for our customers to see the great, free content already available on the Roku platform in one place, while creating value for our content providers by connecting them with Roku’s growing audience."