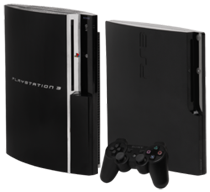 There's no word as to what we'll see from the show, except plenty of games and a possible PS3 redesign reveal.

If you want to get a look at Sony's latest and greatest, Gamescom is the place to do it. The tradeshow isn't as big as E3 in terms of announcements, but we've seen a few cool things come out of it, including the PS3 Slim.

On Tuesday, August 14th, you'll be able to watch Sony's Gamescom press conference live, followed by a live Q&A session. Simply swing on over to PlayStation's Gamescom page when the time rolls around and enjoy.

The conference starts at 1pm Eastern / 10am Pacific.