The company is showcasing several audio products at the tradeshow this week.

Pioneer has revealed its CE Week 2016 lineup. The collection on display includes several receivers, headphones, and speakers, along with a portable audio player and turntable.

First up, is Pioneer's recently released VSX-1131 7.2 Channel Receiver ($599, full review coming soon!). The VSX-1131 is a 7.2 channel receiver with 170 W/ch and a high-grade 384kHz/32bit DAC (AK4458) produced by AKM. Likewise, the unit features integrated support for Dolby Atmos and future support for DTS:X via a firmware update coming in the fall. In addition, Pioneer will also have the newly announced SC-LX501 Elite 7.1 Channel Network AV Receiver on hand at the show.

Moving on to headphones, the company is highlighting the SE-MASTER1 ($2,500) and the SE-MHR5 ($300). The SE-MHR5 headphones feature a large 40mm driver with a wide range 7Hz-50,000Hz frequency response and memory foam urethane cushions for added comfort. Meanwhile, the SE-MASTER1 headphones are handcrafted, reference-grade headphones with 50 mm driver units with a 25 µm aluminum diaphragm finished with a Parker Ceramic Coating. 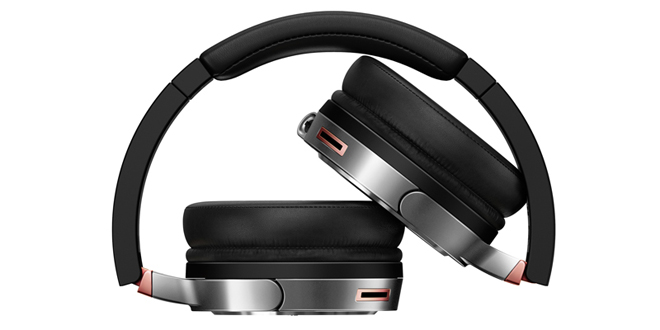 In addition, the company is displaying the XDP-100R Digital Audio Player ($669), the SX-N30 Network Stereo Receiver ($600), and the PL-30-K Turntable ($297), rounding out an extensive audio lineup. And as an added bonus, Pioneer will be providing a "sneak-peek" at two previously unannounced products at the show (more details coming soon).

Pioneer's audio collection is now on hand at CE Week booth #118 at the Metropolitan Pavilion in New York City.