Brett Ratner's action-packed blockbuster is planned for Blu-ray in November.

Global superstar Dwayne Johnson delivers an unforgettable performance as the mighty Hercules in this thrilling story of strength, courage and heroism. When a terrifying new enemy threatens the innocent, Hercules and his fearless team of warriors must lead their army in a battle against overwhelming odds.

The releases will feature 1080p video, Dolby Atmos (7.1 Dolby TrueHD compatible) soundtracks, and supplements will include: Theatrical Commentary by director Brett Ratner and producer Beau Flynn; Brett Ratner and Dwayne Johnson: An Introduction; Hercules and his Mercenaries—Delve into the story behind the team assembled by Hercules for his perilous missions and the skills required of them; Weapons!—Exploration of the weapons created for the spectacular action scenes, including training with the actors; The Bessi Battle—Discover how one of the major action sequences of the film was created with the filmmakers, actors, stunt team, make-up effects and more; The Effects of Hercules—A behind-the-scenes look at the film's spectacular visual effects; and 15 Deleted/Extended Scenes.

You can find the latest specs for 'Hercules' linked from our Blu-ray Release Schedule, where they are both indexed under November 4. 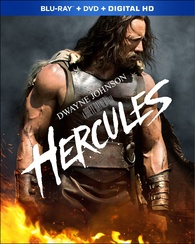 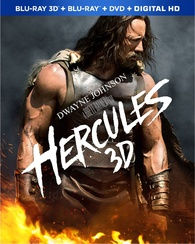