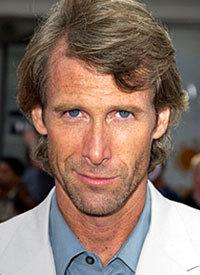 Bay to Paramount: "No Blu-ray, No Transformers 2!" (UPDATED)

UPDATE: (8/21/07, 9:20PM ET) In a new post on his web site, Michael Bay has retracted the comments referred to in this news story, and has thrown his support behind Paramount's decision to back HD DVD exclusively.

Paramount's major shift to HD DVD has led Bay to lash out at the studio for whom he just directed one of the biggest hits of the year.

In a post on his personal web site, subtly titled "Paramount pisses me off!", Bay writes:

"I want people to see my movies in the best formats possible. For them to deny people who have Blu-ray sucks! They were progressive by having two formats. No 'Transformers 2' for me!"

Bay's site has grown in popularity in recent months thanks in part to the star director's unusually outspoken outbursts, although whether his latest threat holds firm remains to be seen.

In any case, one gets the impression that Bay won't be too available when it comes time for Paramount to start promoting that 'Transformers' HD DVD this Christmas...